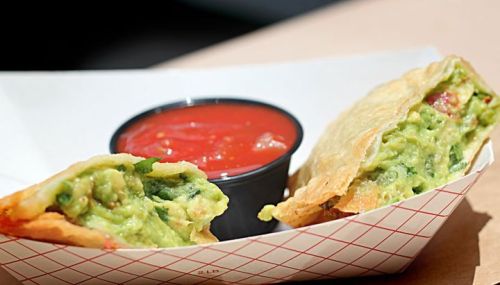 In the heat of the Rally moment, we are sincerely looking forward to what will probably be a mob scene at the Greenville Avenue Sigel’s Saturday night.

There has been plenty of tongue wagging in the blogosphere concerning the Dallas Food Truck Rally, certainly we are included in that feeding frenzy. While we have all read plenty about the many participants, little has been said about The Bomb Fried Pies. They freaking make a guacamole fried pie. That is a serious pie worth talking about.

Fried pies are a weakness of ours and there are a few places in Dallas to find one on a regular basis. One of our favorite spots for a fried pie is at Baker’s Ribs in Deep Ellum. These tender and flaky pies are purchased from The Original Fried Pie Company in Davis, Oklahoma. You may have seen their signage if you ever were caught heading north on I-35 towards Oklahoma City. 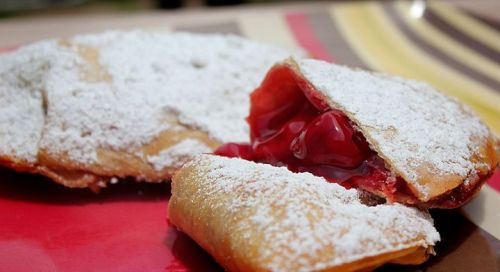 The pies at The Original are a superb example of everything right about things fried. They make their pies from scratch at their location — same exit you would find Turner Falls. You may even have to wait as they make a fresh batch of scratch custard, or fill the just-made pie dough.

The fried pies aboard the Bomb Fried Pies truck are made equally delicious, with heart and imagination. The husband and wife team of Pat and Brenda Barnhart make their pies out of the funky ‘65 pink Shasta trailer and tow the monstrosity with a 1960 red Thunderbird. Everything is made from their sweet little hands and you can taste the love with each bite.