Crowds soared through the 55th annual Greek Festival held each year at the Holy Trinity Greek Orthodox Church on Hillcrest this past weekend. The order of the weekend was food, dancing, cooking demonstrations, a large variety of entertainment and a Hellenic celebration that has swelled to legendary festival status. 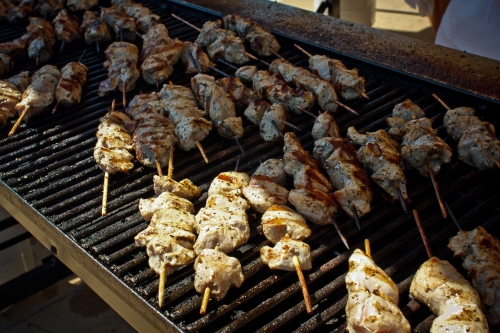 Entertainment included dancers and music from Constantine Maroulis of Rock of Ages who have been featured on numerous television programs including the Tonight Show.

Festival-goer Janet Rouvas said, “I have been coming to this since I was a little girl and I won’t tell you how old I am. But we love the dancing and the food. It reminds us of our childhood and family.”

We enjoyed the music and the dancers, but the food was the stand out draw of the day. Opa!