We have been following the knowledgeable and entertaining sommelier Jennifer Jaco since she arrived back in Dallas from schooling and working in New York. We learned this week that Jaco, who was formerly at Bailey’s Prime Plus, has accepted the sommelier position at Del Frisco’s Double Eagle Steak House.

We sat down with Jaco on her second day on the job where she was busy planning events for the steakhouse. Monday Jaco has already scheduled an exciting tasting that is mainly geared toward the hospitality trade, but anyone may stop in for the tasting.  The tasting on Monday will feature approximately 65 wines from the Ribera del Duero region of Spain and an important seminar with Vega Sicilia Winery, which is one of the most important wineries potentially in all of Spain. 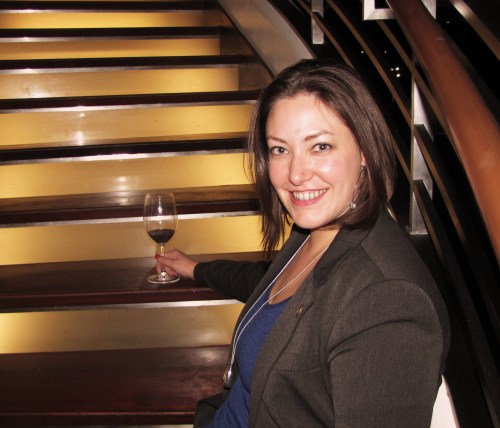 We were curious today about Jaco’s background and influence in the wine industry and she was happy to speak to craveDFW.

You have a degree from the Culinary Institute of America, did you have a heavy culinary influence in your formative years growing up in Dallas?

I was born in Plano but grew up in Flower Mound, Texas. Both of my parents worked long hours so we were more of a crockpot type of family. There was a lot of Hamburger Helper and Betty Crocker going on, but the culinary thing didn’t really start with my family until I moved to New York. Once I was in New York I remember the Food Network was really happening and Emeril was all the rage.

What brought you to New York?

I was actually going to school in Austin and decided I wanted to be a chef.

Wait. You grew up in this very white bread family who ate out of a crockpot. When did chef become an option?

Well, when I was young I would tell me mom I wanted to be dentist or a veterinarian, or whatever it was that excited me that week. Then one day I decided I wanted to be a chef and my mother said yes! That actually made sense. Even when I was little and we would dine out I was so particular and would drive waiters crazy with my modifications of my order.

But in Austin me and a friend had a job working at a restaurant. I was front of the house and he was in the kitchen. We would throw these elaborate dinner parties on the weekends and it was so much fun. My friend was on a path to go to a culinary school in San Francisco. I looked at that, as well as the Cordon Bleu in London and the CIA in Hyde Park.  I chose the CIA for a few reasons.

First, it’s the best, and that’s how I roll.  It was also the only school that offered a bachelors program and I wanted that. And it was in New York and I thought that was pretty cool.

So you are in New York attending the CIA to become a chef, but that’s not really how things turned out. What happened?

I have never really been a wine drinker except for the jug wines I was drinking in Austin. I didn’t even know the difference between a vintage and a varietal, but I knew that it was interesting. It needed to be interesting because it went with food and was part of the whole experience. There was a three week course which was part of the curriculum at the CIA. It was eight hours a day for three weeks straight. During that time my professor pulled me aside and asked if I had any thoughts to doing this. I thought ‘hell no, I’m knives and fire’. He really encouraged me and said I had a knack for wine.

It was in that class I won a ticket to the Wine Spectator Top 100 tasting at the Grand Marquis in Times Square. It was my first real industry tasting. I had old world ports, and Dom and Cristal. I was hooked.

It wasn’t long after that you scored an internship with the Dinex Group that runs DBGB, Daniel and Boulud. What was that like working at these legendary restaurants while still in school?

I was basically just a cellar rat. I was breaking down boxes and stocking shelves. Anything they wanted me to do. But I do remember one day they handed ne this glass of ’90 Mouton Rothschild, and I was like what? I sat there and looked at it, and smelled it, and savored it.

But my first position as a real sommelier was with Gordon Ramsay. I worked there for two years working with a wine director and three somms. They hired me because they knew I was green, and I learned so much there.

That job ultimately helped me get into Eleven Madison Park. That was the ultimate. We had studied Danny Meyer while I was in school. He is the most influential restaurateur in the world, in my opinion. I wanted to work for him so badly. Everything I had done up to that point was just training for this job. It defined me as a person, as a sommelier and a manager. 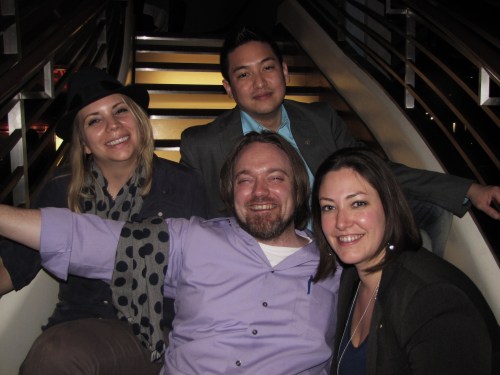 How did you end up back in Texas?

That was always the plan. I wanted to go to New York, get super amazing, come back to Texas and continue to be super amazing. I am super close to my family and knew I would be back here eventually. The tough part was convincing Michael [Elhert] to move back with me.

Congratulations on your very recent engagement, by the way. So you are back in Texas and soon find yourself at Bailey’s Prime Plus for some months and are able to make an incredible impact on that wine list.

Yes. I spoke with them at the beginning and they wanted to be a really great steak house, but to achieve that you need a fantastic wine list. So the plan was to build the list and ultimately make Wine Spectator.

So I went home and researched all these great wine lists in Dallas. Del Frisco, Pappas, Nana, all the great restaurants and all the great sommeliers. We had 250 wines then and needed 750.  We needed to scale back the California list and add Spain, Italy, France and some eclectic wines. It took about seven months.  I submitted the list to Spectator and expect it will get a Best Award of Excellence.

You hit the ground running and have a few wonderful events already in the works. What is the first Del Frisco’s wine dinner, which by the way you are amazing at hosting?

I have Andy Peay from Peay Vineyards coming May 1, 2012 and we will be doing a five course paired dinner with chef David Holben. We will be sitting down this week and tasting the wines and working out a menu. It will be fun.

We are all very excited to have you at Del Frisco’s as the Wine Director and know you will do a fantastic job. Congratulations.