A Visit To Tate’s Craft Cocktails 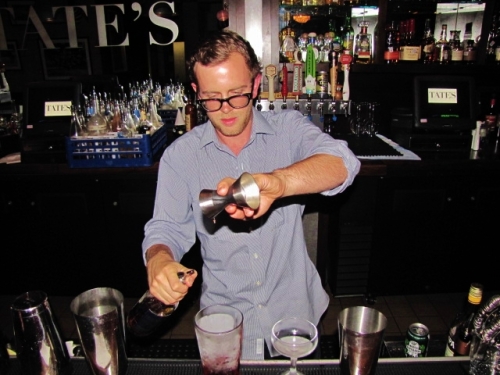 by Steven Doyle and Jason Kosmas

I stopped in Tate’s Craft Cocktails located on McKinney Avenue last week when I was tooling around town with cocktail maven Jason Kosmas and we met the new manager and chief barman, JW Tate. JW is the son of the owner and comes to Dallas from Winston-Salem, North Carolina where the original bar is located.

You may recall Tate’s opened in Dallas back in December with Matt Ceneviva at the helm. I spoke with Matt about JW and he said, “I worked with JW when he first started bartending and the grasshopper has actually outreached the master.”

JW has been in working the bar for the past month and Ceneviva moved back to North Carolina when they lost a manager at that location. 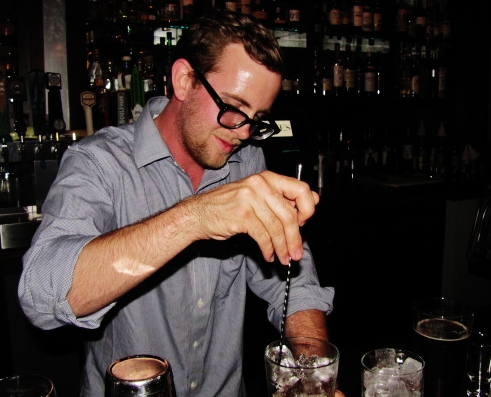 “JW took over a month ago and the program is all the better for it. New menu is a significant step up, better segmentation and much more sophisticated cocktails,” added Ceneviva.

Kosmas: What was your first drink that turned you on to cocktails?

Tate: The drink was Shaddock and Smoke. I was interning at a shitty nightclub in New York and stumbled into the Amsterdam after work. I had this cocktail and just said “oh shit”. It is made with Laphroaig 10 yr, lemon juice, sugar, house pompelmocello and Luxardo amaretto.

Kosmas: You make your own cellos, right? 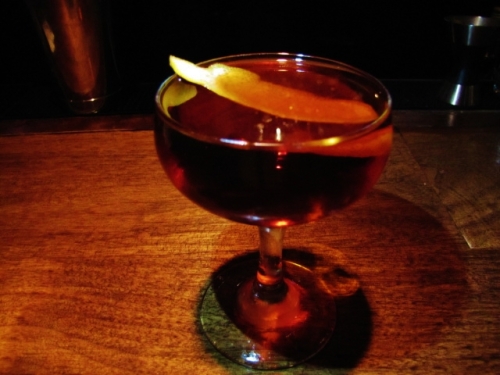 Kosmas: (Takes a sip) This is really nice. What about this cocktail made you want to get into this more?

Tate: It was really about the different cultures and flavor profiles that went into the drink that I had not experienced before and I shot down that rabbit hole.

Kosmas: What were you drinking before?

Tate: I drank a bottle of Glenmorangie the night before.

Kosmas: So after you had this inspiring drink what was your next move? 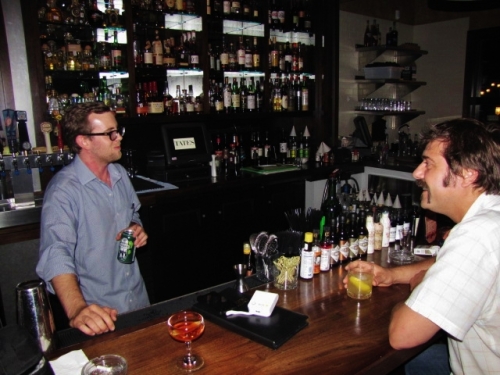 Tate: I got a job at an Indian restaurant called Junoon, and they had this spice man making his own spice blends every day and this bad ass pastry chef. I got my paws in these funky spices and flavor profiles and tried to make them work in cocktails.

Kosmas: So you have another bar, right?

Tate: Yes, the original is in Winston-Salem located at the foothills of the Appalachians.

Kosmas: Was there any other craft bars there before yours?

Tate: Yes. There was one called the Single Brothers that was there about six months before we opened. All the guys that work there own it. One of my favorite bars is an hour away in Raleigh. 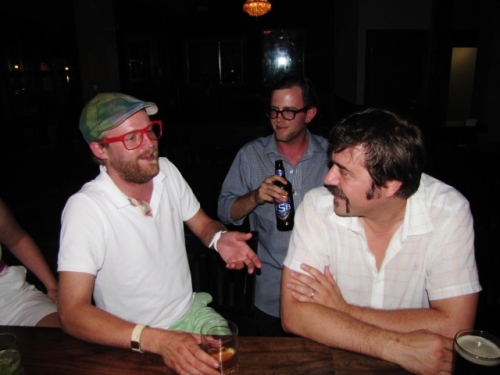 Kosmas: How was your bar received when you first opened?

Tate: When we first opened we tried to do some nice cocktails with a party atmosphere, and we had a lot of drinks with sweet and sour. Once we gained their trust we expanded on that.

Kosmas: How did you end up in Dallas?

Tate: I was working in New York and my best friend Matt [Ceneviva] called me up and said pack it up we are opening up a bar in Dallas.

Tate: We just rolled out a new cocktail menu and we will be working with that some more. I spend each Sunday with my produce guy to see what is new. I am excited about our Wednesday program called Wednesday’s for Whiskey where every bottle of whiskey in the house is half price.

Thank you Jason for allowing me to sit back and listen while I enjoyed the cocktails and you did the heavy lifting.

3 responses to “A Visit To Tate’s Craft Cocktails”