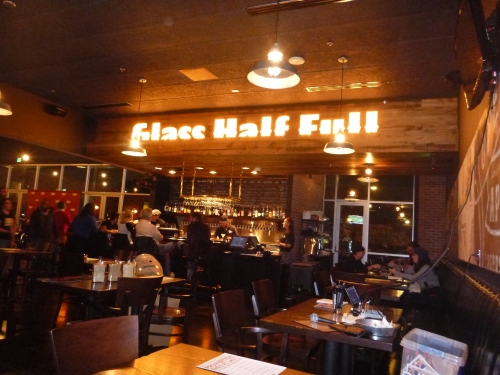 Finally, Bid D got an Alamo Drafthouse, now I would have my chance to go to the theater.  Calling Alamo Drafthouse a theater is kind of like calling the mall a clothing store.  Alamo has an impressive list of local beers and a pretty decent whiskey list.

Besides awesome drinks and a wide food menu, Alamo hosts special events often.  On December 5th, they hosted a Prohibition celebration and I decided to go.  There was 1933’s music playing when you entered the lobby of the theater and they were showing Lawless.  Matt Bondurant was there to talk about his book, Wettest County in the World and his family in which Lawless was based off of. 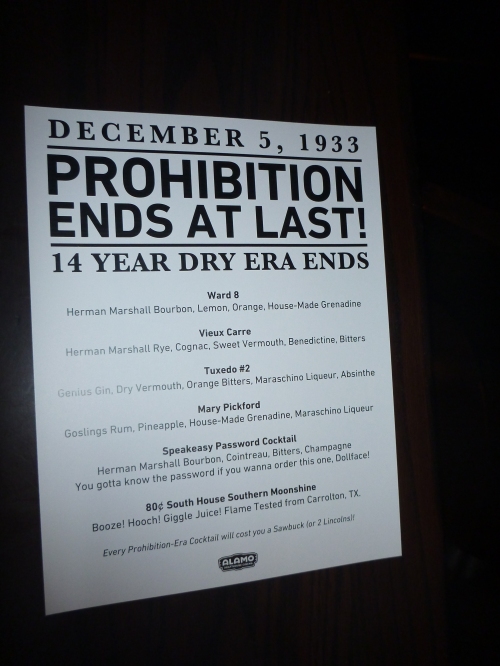 If that wasn’t cool enough, Herman from Herman Marshall Whiskey was there to talk to patrons about his product.  While there, I consumed his Bourbon and Rye Whiskey, both rather good and the Bourbon was especially tasty.

The overall feel of the drafthouse was excellent.  There were tufted booths in the lobby connected to their bar “Glass Half Full.”  During the flick, I ordered Sweet Potato Chili Fries.  The fries were very good and paired surprisingly well with my Rye Whiskey.  People around me ordered small pizza’s with a lovely smell, but I was too involved with my whiskey and the flick to order anything else. 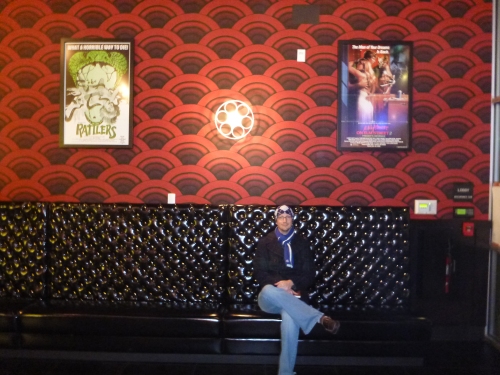 My experience at Alamo was great.  I’m excited to see what other events Alamo will host.  Even though Alamo Drafthouse opened in August, I’d like to officially welcome them to Dallas.