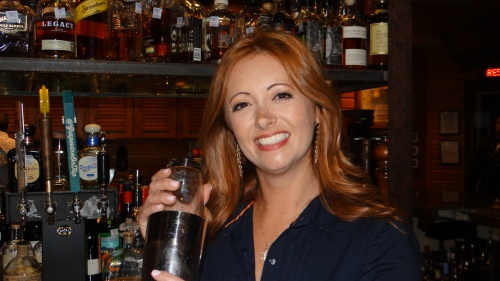 Now in its eighth year, Bombay Sapphire and GQ Magazine’s “Most Imaginative Bartender” program traveled to over 40 US cities and welcomed more than 3,500 participating bartenders in 2014. With the aim of advancing best-practice bartending, cultivating mixologists’ skills and encouraging their creativity, the “Most Inspired Bartender” program has played a pivotal role in recognizing up-and-coming cocktail cities, as well as strong holds such as New York and Portland.

The local contest which sends the winner on to compete nationally was held this week in Dallas, and the winner of the competition was Bonnie Wilson, the beverage program manager for Frontburner’s Fork It Over Restaurants (The Ranch at Las Colinas, Mexican Sugar, Whiskey Cake, Velvet Taco). As good fortune would have it, we spoke to Ms. Wilson recently and had a spirited conversation in this Q&A. 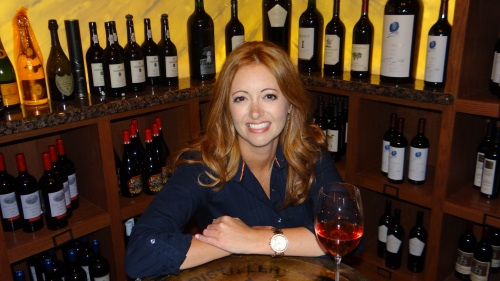 How did you break into craft bartending?

I always had an interest in cooking, and went through most of my life managing artists. When I first got in this business I felt my own creativity come out, and it was really exciting. All of a sudden I was that creative person, and as I got deeper in the craft I was just voracious. I spent a lot of time trying to figure it all out, and learn about the craft. Not just learn about the history of it, which I think is so cool, but also learn about spirits, learn about flavors and how those things match together. And really the magic of it all.

I sometimes talk about how the cocktail hits all five senses. The hearing of the ice, and the shaking. The visual appeal with the colors, the garnish. The nose where you take on these wonderful aromas. The coolness of the glass, and the textures of the liquid on your tongue. The balance of spirit versus the sour and sweet and bitter. It is just so cool. I think that how we describe food we can describe cocktails, but in such a different way. It’s that imbibe, the joy of just letting it all go.

What was your first gig?

I worked making Jack and Coke, and popping bottles and such, but my first gig was really at Whiskey Cake and I joined that team when they opened. I was between jobs, and I literally went in and applied as a hostess. I did not want to manage anybody, I didn’t want any responsibility. I hadn’t been in the restaurant industry in years and was not even qualified to be a server. And they sad i was more than qualified, and was hired as  their first head wait. It was there I met Sean Conner [bar manager at that time] and found that his wife used to work with my sister, and we knew a lot of the same people. We got to be really good friends, and he told me he would love to teach this craft to someone. He saw that I had the same passion he had. We totally geeked out. Matt Perry taught me a lot as well. People pushed me, and I eventually got faster, and better.

I had a couple of really good regulars that would come in during the day and order wild things, or challenge me to make wilder things. I like that because it makes things more interesting, and it pushes you. 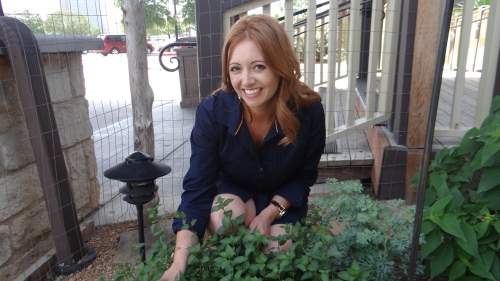 Do you like that when it is 8:00 at night and you are really busy?

I like the extra time I can spend when it is early or very late, but I find if this happens during heavy service I bust out an old recipe and it is off the menu.  People like having things different and off menu.

You worked under Sean Conner for a few years then.

Yes, I did, then I moved over to The Ranch last year and managed the staff, and created a craft cocktail program. It was really successful. We expanded our portfolio exponentially, and brought in a ton of new spirits. Before I moved there The Ranch was selling a lot of really good wine and  beer. Now we sell a ton of cocktails.

Did you “Texify” the cocktails at The Ranch?

At The Ranch we have a section that is hand-crafted cocktails that are original recipes that use Texas spirits. I am very careful of which Texas spirits we use because we have a big emphasis on quality and doing it right. We are very choosy about what we use. We also have a selection of classic cocktails. I am talking about the Manhattan, the Negroni, a classic daiquiri that allows us to work with different brands. Also it lets the guests know that this is a craft bar and we can do a Negroni just as good as they do downtown. 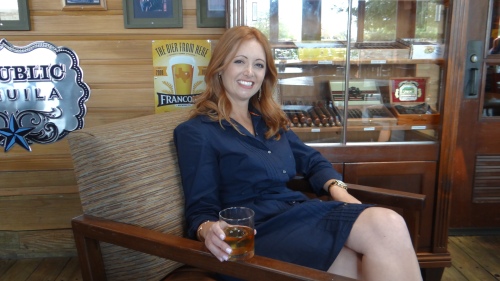 So now you can get a great cocktail by the airport.

You can! Actually we get a lot of industry people dropping in because they know they can get that great cocktail , and everyone wants a good Texas meal when they come back from a long trip.

You recently were promoted in the company, tell us about that whole thing.

Again, I love to teach and I love to train. This past spring I was promoted and given a new title. I am the director of independent bar programs. We found ourselves at a crossroad. We didn’t want to lump it into Twin Peaks and Ojos Locos. We wanted to call attention to our independent brands. We have these cool, fun brands like Mexican Sugar, Velvet Taco, The Ranch and Whiskey Cake. They all have these unique messages, and we wanted to do some on a micro, not macro scale.

Velvet Taco has a terrific margarita.

You know, it is really good. Of course we won’t fix what’s not broken.

What have you been doing at Mexican Sugar?

Sugar has great cocktails, so I just went in a tweaked a bit. We also changed with the seasons, taking down a few drinks that were more wintry replacing them with more summery versions. This fall we will revamp everything. We have been open there for nine months, so it is about time to start thinking about it. Half our sales there is alcohol. It is a great location. There are a few more locations for Mexican Sugar in the talks, but nothing definite as of yet.

What can we look forward to at Whiskey Cake. I was there last night and had an amazing Sazerac.

We have been reworking Whiskey Cake, and we utilize our local talent quite a bit. We have a new one called the Clean Shave coming out. It’s clean and is made with egg whites, so it has this foam. It has noted of cinnamon, turmeric and leather. All those things you associate with a good shave. 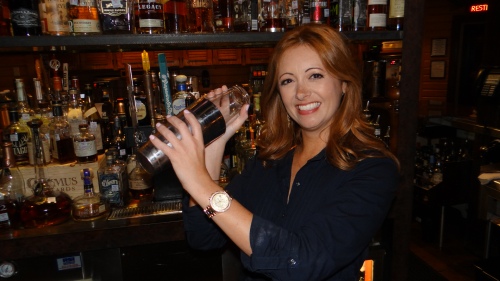 What else is new and fun?

I have been sharing the kitchen a bit with the chef and using the sous vide and been having a lot of fun with that. It is great for infusions, and cooks the fruit just a bit. At Whiskey Cake we are infusing blueberries. We have this drink, the Texas Bluebonnet. We used to use a blueberry vodka from Van Gough. Now we are using Veev, which is a higher proof, and infusing that with fresh blueberries. I loved that cocktail before, but now it is so much brighter. It’s elevated beyond belief. I never thought it tasted fake before, but when you taste them side-by-side it blows your mind.

Let’s talk a bit about what bartender love, and what they despise.

That is a popular subject right now when talking to bartenders. But bartenders love to serve, and make that connection. They love when you take an interest in what the are doing and have a conversation about it. I personally love hearing about other people’s lives. I don’t work behind a desk, and know about aerospace, or the stock market, but I love to hear about these subjects and connect with people in that way. I also like to impart knowledge that people might take to their boss and impress them with a little bit of cigar knowledge, or a bit of wine or spirit knowledge. That is what I love about this business, it touches everybody. Everyone eats and drinks.

On the negative side… I just think everyone wants to be respected. Sometimes people forget that this is our business and a choice that we make. Some people assume that we do this because we can’t do anything else. That is a lack of respect, and really rubs  us the wrong way. Someone could have a masters degree and choose to work behind a bar, or not even have a high school diploma. We all bring a wealth of knowledge to our job.

What does Bonnie have waiting for us. What’s next?

More restaurants, more bars! It will all be about elevating what we do. Putting Dallas and putting Texas more on the map than we already are.