The Gino’s East’s expansion across Texas is on schedule with five locations expected opening this yea. Dallas opens officially Thursday, November 19 at 2pm. ATX Brands Founder and CEO Doug Guller is bringing all the Chicago pizzeria’s signature dishes to the Texas locations, along with menu items created with a Texas spin. Guller, an Austin resident, owns the rights to all Texas locations of Gino’s East as well as venues such as Parish, Historic Scoot Inn, Güller Hall, and Schroeder Hall, among many other properties.

“Gino’s East is an icon in the Chicago pizza scene and we’re excited to bring the classic deep dish style to Texas,” says Guller. “As soon as I tasted Gino’s East, I knew it was a concept that would work great here. I am so excited that this is a dream that turned into a reality.”

The Dallas General Manager is Cotton Burrows who just recently opened the Arlington location. Gino’s East is located at 10310 Lombardy. 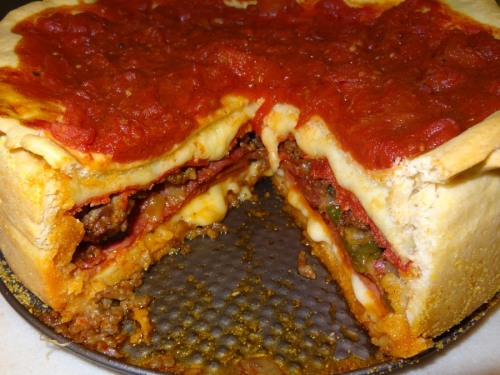