Meat Fight Tickets Will Sell Out at 10:01AM October 4th

Tickets for the 7th Annual Meat Fight go on sale Tuesday, October 4th at 10 a.m. Be sure to set a reminder, as tickets for the meaty charity event sold out last year in under one hour.

Meat Fight is a Texas barbecue competition featuring 16 of Dallas’ best chefs, with 100% of tickets sales benefitting the National MS Society and people living with MS in our area. Last year’s event raised over $150,000.

The four teams competing for barbecue glory include notable Dallas chefs like Omar Flores of Casa Rubia, Matt McCallister of Filament , Oliver Sitrin of Blind Butcher, and Tiffany Derry (who has just reported that she’s opening three new restaurants in Dallas, and was also featured on Bravo’s Top Chef).

Judges include culinary heavy-hitters like BBQ Editor Daniel Vaughn of Texas Monthly, Wayne Mueller from Louie Mueller Barbecue and Jill Bergus from Lockhart Smokehouse. And for the first time ever: they’ve got Pete Delkus on the judging panel. Forecast calls for a boatload of brisket, ribs and sausage, y’all. Roll up your sleeves.

And this year, the VIP section will be a separate competition being called The Side Show that includes 16 additional chefs. Notable Dallas chefs like Janice Provost from Parigi, Nathan Tate from Rapscallion, Katherine Clapner from Dude Sweet Chocolate and Jeffery Hobbs from Slow Bone BBQ will compete in feats of meats only available to the VIPs. Rumor has it someone might be building a bacon tower. Buckle up. 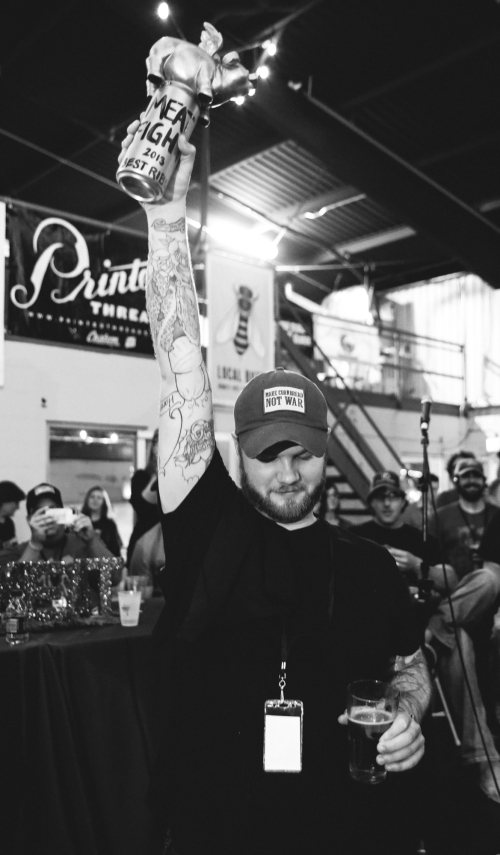 “Holy meat rainbow, you guys. We are continually stunned and humbled by the outpouring of support and generosity from the Dallas food and beverage community,” said Alice Laussade, Co-founder of Meat Fight. “Every year, Meat Fight gets bigger and better, and it’s thanks to our Meat Village: the chefs, the restaurateurs, the volunteers and generous sponsors. In 2010, Meat Fight was just a keg party in my backyard. This year, we’ll have 1,000 attendees. I can’t even believe it. Last year, Meat Fight raised $150,000 for the National MS Society, and this time, we’re determined to raise even more.”

Fighters will duke it out in four categories: brisket, ribs, sausage and Wild Card. And unlike most food competitions, Meat Fight attendees actually get the opportunity to eat every competition meat submitted for judging.

Tickets go on sale at 10AM on Tuesday, October 4th, and ticket purchase info can be found at meatfight.com. Prices are $100 for General Admission and $200 for VIP. All attendees will have the opportunity to taste samples of the 16 competition meats, WhistlePig whiskey tastings and Four Corners beer, and a ridiculous spread of additional food, like Hypnotic Donuts bacon doughnuts, bites from TJ’s Seafood, Pop Star popsicles, Noble Coyote coffee, Swiss Pastry Shop pastries and more. There will also be a live auction featuring amazing barbecue-themed items, and a meat midway with meat-themed games that attendees can play by purchasing additional coupons.

Meat Fight 2016 will take place Sunday, November 13th at the new Four Corners location in The Cedars in Dallas. The event is expected to raise over $150,000 for the cause. 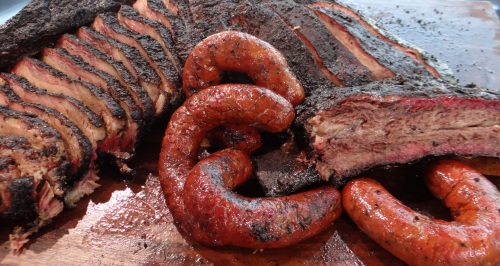 Meat Fight is a Dallas-based 501c3 Non-Profit that donates 100% of ticket price directly to the National MS Society and to Meat Bike (a Meat Fight original program that gifts bikes to people living with MS).  Meat Fight began in 2010 in the backyard of James Beard award-winning writer, Alice Laussade. With the help and support of the Dallas restaurant and beverage community, the annual event has raised over $320,000 for MS in its first five years.