Chef Mo Assi Made Me a Chicken Fried Steak Taco, Bless the Man 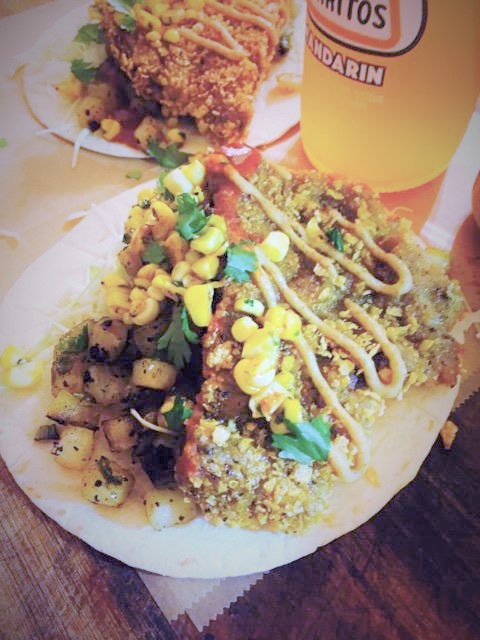 When preparing for Texas Chicken Fried Steak Day I reached out to a handful of chefs to get their take on the day, and to uncover where the pro’s find their fix of cream gravy. One of the chefs I spoke with was Mo Assi (formerly exec at Perry’s Steakhouse and Capital Grille) who will soon be opening his first restaurant, Crush Taco.  In actuality I was pressing for more information on the new venture.

Chef Assi was at a loss for a moment where he would be dining on this Texas holiday, a day we remember with such verve, but after a moment of hesitation he offered to make his own. And he did.

The chicken fried steak Assi made was  actually a Cornflake Crusted Chicken Fried Steak Taco, Potato Hash, Slaw, Charred Corn with Honey Dijon. The Devil you say? This makes total sense once you realize his concept for Crush Taco. This obviously will not be your average taqueria, not in the least. And that is jake with Assi who is currently building out his restaurant in Frisco at the Parkway Towne Crossing located off Dallas Parkway and Eldorado. 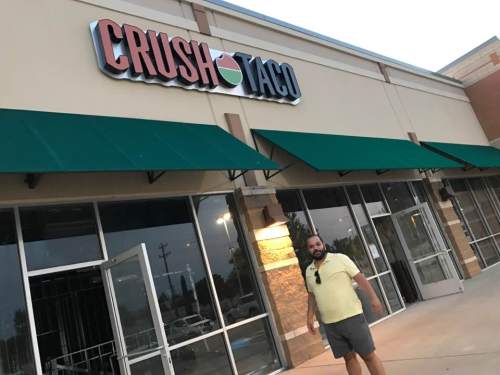 “I think of the tortilla as a utensil, as you might a slice of bread or a piece of naan,” said Assi this morning.

The tortilla will be a vessel for all sorts of cuisine at Crush Taco, and you might get plenty excited when you view the menu.  Gaze upon the chile-rubbed bone-in pork rib sprinkled with cotija cheese nestled with agave nectar pickled jalapeno, or caramelized cauliflower with spicy pepitas, charred lemon and grilled onions. The latter being vegan, but inviting enough for all diets.

The menu goes on with offerings like buffalo chicken, Cornflake crusted shrimp, and falafel – all on your choice of tortillas (corn or flour) or even bundled in a lettuce wrap for those watching waistelines, or for added crunch.

Assi spoke of chorizo fries and street corn (elotes to our readers) and bowls made with your selection of toppings borrowed from the taco menu.

No, Crush Taco won’t be your ordinary taco hang-out. Think elevated cuisine where the tortilla is your host, all washed down with a full selection of beer, wine and even margaritas.

What started as a conversation about chicken fried steak, and you can bet we will at least attempt to convince Assi to add this delightful rendition of the CFS to his menu, turned into a whimsical discussion on tacos. I would call that a pretty good day.

We will have a First Look for you as Crush Taco nears opening day, sometime in November. Until then we can only marvel in the day the chef made a chicken fried steak taco for us to gaze upon.

4 responses to “Chef Mo Assi Made Me a Chicken Fried Steak Taco, Bless the Man”