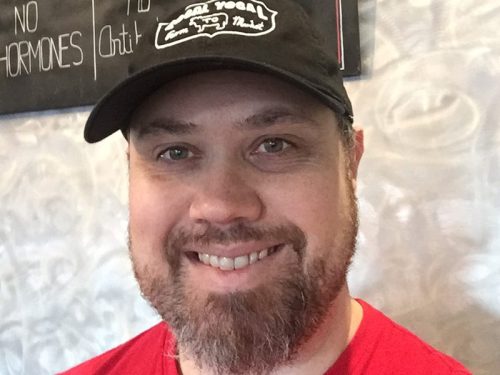 The Texas Beef Council announced the top Semifinalists who will move on to compete in the Beef Loving Texans’ Best Butcher in Texas regional competition. The challenge, which pits butchers from across Texas against each other for the chance to win cash prizes and the esteemed title of Beef Loving Texans’ Best Butcher in Texas, has brought some of the state’s most talented butchers together – representing an art form that has been important to Texas’ cultural heritage.

Regional semifinal rounds will be held throughout the state in Houston on March 4, Dallas on March 18 and San Antonio on April 1. In each city, Semifinalists will partake in a three-part challenge, which tests competitors on cut identification, along with their skills to cut to order and cut beef for retail merchandising.

Each competitor will be equipped with Victorinox Swiss Army boning knives, a breaking knife, a cut resistant glove, a steel and a knife roll, to ensure everyone starts on an even playing field.  Competitors will receive top marks based on their technique, creativity, presentation and consumer interaction. With culinary influencer/personality Jess Pryles emceeing, top industry professionals and culinary experts will weigh in in each region to determine the top three competitors who will move on to the final round at the Austin Food + Wine Festival on April 29.

“We’re anxious and excited to see how the competition unfolds over the next couple of months, and look forward to meeting many of the valued professionals working to bring back the art of this meaningful craft,” said Linda Bebee, vice president, domestic marketing for Texas Beef Council. “We wish all of our Semifinalists the best of luck as they move on to compete throughout our great state in the first Beef Loving Texans’ Best Butcher in Texas competition.”

Semifinalists are as follows:

In each regional semifinal city, Texas Beef Council has partnered with culinary schools to host the events, including The Art Institute of Houston, El Centro College in Dallas and St. Philip’s College in San Antonio. Additionally, the beef cuts yielded from each round will be donated to local food banks and their partner agencies, to provide meals for those in need.

The three winners from each regional competition will come out on top as Finalists, return home with a $2,500 cash prize and a seat on the Beef Loving Texans’ Best Butcher Council. During the Austin Food + Wine Festival on April 29, Finalists will compete for the bragging rights of being crowned the rarest in all the land. The Best Butcher in Texas will receive an additional $5,000 grand prize, a knife set courtesy of Victorinox Swiss Army from their Fibrox Pro Cutlery line as well as inclusion in a one full-page co-branded ad in Texas Monthly.

Created to celebrate Texans’ pride in tradition, Beef Loving Texans’ Best Butcher in Texas competition will allow the best of the best butchers to showcase their skills. In line with Beef Loving Texans’ value of tradition, the competition will also explore the different aspects of beef butchery that remain a key element in Texas’ cultural heritage. For more information, visit BeefLovingTexans.com/best-butcher-in-texas/.