Jeffrey M. Pilcher, professor of history at the University of Minnesota, has traveled around the world eating tacos. For the past 20 years, he has investigated the history, politics and evolution of Mexican food, including how Mexican silver miners likely invented the taco, how Mexican Americans in the Southwest reinvented it, and how businessman Glen Bell mass-marketed it to Anglo palates via the crunchy Taco Bell shell. Pilcher is author and editor, respectively, of the forthcoming Planet Taco: A Global History of Mexican Food (Oxford University Press) and The Oxford Handbook of Food History. His previous books include The Sausage Rebellion: Public Health, Private Enterprise, and Meat in Mexico City, 1890-1917 and Que vivan los tamales! Food and the Making of Mexican Identity.

To where have you traced the birth of the taco? And what about the origin of the word itself?

The origins of the taco are really unknown. My theory is that it dates from the 18th century and the silver mines in Mexico, because in those mines the word “taco” referred to the little charges they would use to excavate the ore. These were pieces of paper that they would wrap around gunpowder and insert into the holes they carved in the rock face. When you think about it, a chicken taquito with a good hot sauce is really a lot like a stick of dynamite. The first references [to the taco] in any sort of archive or dictionary come from the end of the 19th century. And one of the first types of tacos described is called tacos de minero—miner’s tacos. So the taco is not necessarily this age-old cultural expression; it’s not a food that goes back to time immemorial.

What role did the taquería play in Mexican history? Who ate there?

For a long time taquerías were in the working-class neighborhoods. Industrialization brought migrants from all over the country, and particularly women, to Mexico City because of light industry. Women brought with them their regional cooking skills. Every state, every region, every town has slightly different foods, so Mexico City was a bubbling stew where all these foods were available. People were able to sample a cosmopolitan world of dining that was not for the rich. This Mexican popular cuisine was the origin of what we think about as Mexican food. 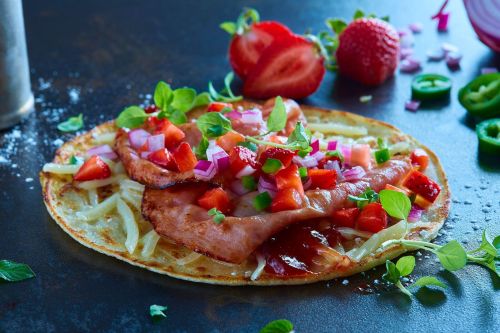 You note that in Mexico, what constitutes “authentic” national food has been an ongoing discussion. When have Mexicans alternatively embraced European or Indigenous foods, and why?

The Spanish conquistadors looked down on Native foods and tried to bring European foods with them. One of the reasons for this was religion. Corn was associated with Native deities, and wheat was the grain used for the holy Eucharist. These foods also had social connotations. In the 19th century, Native food was considered lower class and European food was considered elite, but here’s the catch: there was recognition that these Native foods were Mexican. So the patriots, the Mexican nationals, wanted to claim that they were really Mexican. So mole poblano, which is a turkey in this chili pepper sauce—very spicy—was considered somewhere in between [upper and lower class]. It was not associated with the Natives who were still alive; it was associated with the glories of the Aztecs. People who were of European ancestry claimed, “We are the descendants not of these lower-class Natives all around us, but of the Aztec emperors.” It gave them a political legitimacy.

When did the taco first make an appearance in the U.S. and where? What groups were instrumental in making it popular here?

The first mention that I have seen [in the U.S.] is in 1905, in a newspaper. That’s a time when Mexican migrants are starting to come—working the mines and railroads and other such jobs. In the United States, Mexican food was seen as street food, lower-class food. It was associated with a group of women called the Chili Queens and with tamale pushcarts in Los Angeles. The Chili Queens of San Antonio were street vendors who earned a little extra money by selling food during festivals. When tourists started arriving in the 1880s with the railroad, these occasional sales started to become a nightly event. Tourists came looking for two things in San Antonio—the Alamo and the Chili Queens. Mexico was considered a dangerous place. The Chili Queens were a way of sampling that danger, but not at the risk of being robbed by bandits. The risk was that the food was hot—people described it as “biting like a serpent.” These women were also sexualized and seen as “available.” So the idea was that you would flirt with the Chili Queens. I think that image of [something] exotic, slightly dangerous, but still appealing has really persisted with Mexican food.

When does the taco become a mainstream American food?

The children of those migrants who came in 1910 or 1920 are starting to advance economically. They’re gaining civil rights; many of them fought in World War II and are claiming citizenship. Their incomes are going up and they’re eating more diverse things, but they’re still eating Mexican. A lot of Mexican American tacos are really adaptations of Mexican food to the ingredients that are available through the U.S. food-processing industry. Hamburger instead of offal meat. Cheddar cheese, iceberg lettuce, tomato—these are all foods that Mexican-Americans start to incorporate into their diet.

So at the same time, what’s happening with tacos in Mexico?

You’re also starting to see new migrants coming into Mexico. For example, there are a lot of Lebanese migrants, and one of the things they bring with them is shawarma, or gyros—vertical rotisseries where they cook lamb, and they put it on little pita breads. But when they start putting [the meat] on tortillas, they’re called tacos arabes: Arab tacos. Again, it’s the second generation, the children of these Lebanese migrants, who change the recipe a little bit and start using pork instead of lamb. And they start adding a little pineapple. Tacos al pastor, which really doesn’t catch on until the 1960s, then becomes a standard Mexican dish that’s everywhere.

You talk about how the taco business in post-World War II Los Angeles illustrated increasing segregation in the city. What did the location of taco shops—including Glen Bell’s Taco Bell—say about how the taco was being “assimilated” into American culture?

Glen Bell borrowed everything about the taco from his Mexican neighbors. He did not invent the taco. What he did was bring a U.S. business model called franchising. I mapped out where these taco shops were, and I found there were no shops—or very few—in East L.A., the biggest Mexican neighborhood in all of California. I was like, “How can this possibly be?” And I realized that Mexicans, when they were selling to other Mexicans, were not calling their restaurants taco shops. The word “taco” in a restaurant name was actually a way of selling Mexican food to non-Mexicans. What Glen Bell was doing was allowing Americans of other racial and ethnic groups to sample Mexican food without actually going in to Mexican neighborhoods.

What made the fast-food taco possible?

The fast-food taco is a product of something called the “taco shell,” a tortilla that has been pre-fried into that characteristic U-shape. If you read Glen Bell’s authorized biography, he says he invented the taco shell in the 1950s, and that it was his technological breakthrough. Mexicans were cooking tacos to order—fresh—and Glen Bell, by making then ahead, was able to serve them faster. But when I went into the U.S. patent office records, I found the original patents for making taco shells were awarded in the 1940s to Mexican restaurateurs, not to Glen Bell.

So when do you see evidence of the hard-shell taco first becoming popular?

Already in the 1940s, Mexican cookbooks are describing the way to make these, by taking a tortilla, frying it, and bending it over to form that U-shape. It’s hard to say when people started doing this for the first time, but clearly its being done at least a decade before Glen Bell claims to have invented it.

Taco of the Week: Taqueria Paisano

Did the taco lead the way toward a broader commercialization of Mexican food in general?

The taco shell is crucial for taking Mexican food outside of Mexican communities. Corn tortillas do not keep very well. They’re sort of like doughnuts—if you get a fresh doughnut, it tastes really good. If you get one that’s been setting around for weeks, not so good. If the taco shell is fried beforehand, you can wrap it up in plastic and keep it sitting around until somebody wants to use it. 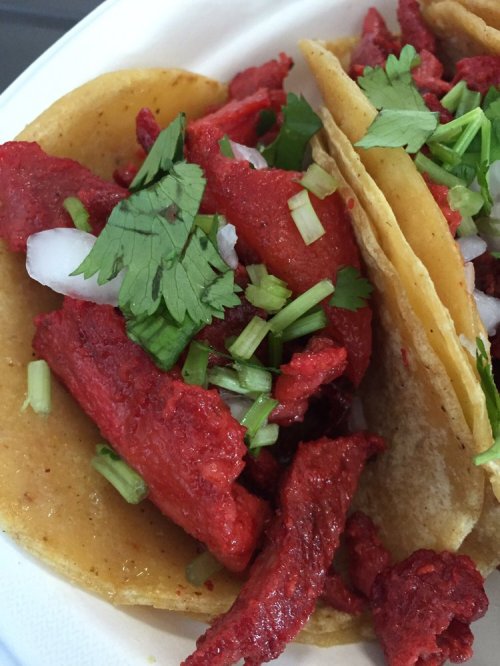 Has the American-born taco circulated back to Mexico? How has the wave of Mexican immigrants to the U.S. in the last 20 years changed food on both sides of the border?

Lets just say that the Mexicans have been a lot more successful at bringing their Mexican food to the United States than Americans have at bringing their Mexican food to Mexico. Taco Bell has tried on a couple occasions to establish restaurants in Mexico, and they have invariably closed down very quickly. But I think Mexican regional tacos—like tacos al pastor, tacos de barbacoa—are becoming increasingly popular in the United States. I think the reason for that is Americans want something they perceive as being a more authentic variety. They want the “real” thing.

What are some of your favorite taco joints in the U.S. today?

Tacos are street food. Where I like to go in Minneapolis is the Mercado Central, which is a little Mexican market on Lake Street. It’s got a number of vendors who are Mexican, and they make the kind of food they had back in Mexico. To me it’s like a little vacation. You can find these kinds of places all over the country now. There’s a whole world of fancy Mexican food, but every place where there are Mexican migrants you’re going to find some good tacos.