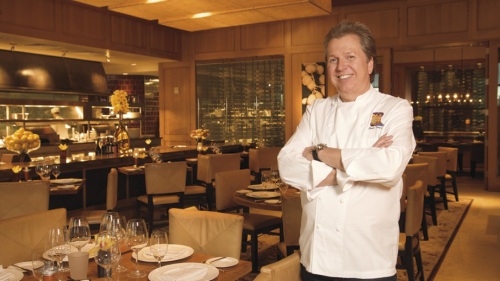 Christmastime is a fantastic  way to show  you friends you have  great taste in food and in reading.  Consider the following  for your gifting pleasure. All local chefs, writing about local cuisine. Here’s a sample:

Knife, John Tesar:  James Beard nominee owner of Knife the restaurant and Bravo’s “Top Chef” contestant Chef John Tesar reveals the secrets to cooking the purest, beefiest, most delicious steak you’ve ever tasted. See how he does it in the tell-all book about beef.

The Texas Food Bible: From Legendary Dishes to New Classics, Dean Fearing:  From the man  considered by all to be the grandfather of Southwest cuisine we get a bit of regional history that will take the reader from fry bread to Sweet Potato Spoonbread, from Truck Stop Enchiladas to Barbecue Shrimp Tacos. Simple taco and salsa recipes starred right beside the culinary treasures that make Dean’s cooking internationally known. This comprehensive guide will include step-by-step methods and techniques for grilling, smoking, and braising in the Southwestern manner, in addition to recipes from other chefs who have contributed to the evolution of this regional cuisine, such as Robert del Grande and Stephen Pyles, and a look at local purveyors such as Paula Lambert’s cheese.

Tamales, Stephan Pyles: Pyles has penned many books, but we find this gem especially marvelous. Tamales little packages of corn masa dough containing a tasty filling and wrapped in a dried corn husk are an increasingly popular feature of Southwestern and Mexican cooking. They are inexpensive, easy to prepare, and highly versatile. Mark Miller, Stephan Pyles, and John Sedlar, internationally acclaimed Southwestern chefs, present their imaginative and delicious takes on this wrapped-up dish. Within such chapters as vegetable tamales, seafood tamales, poultry tamales, meat and game tamales, and dessert tamales, you’ll find each chef s variations. 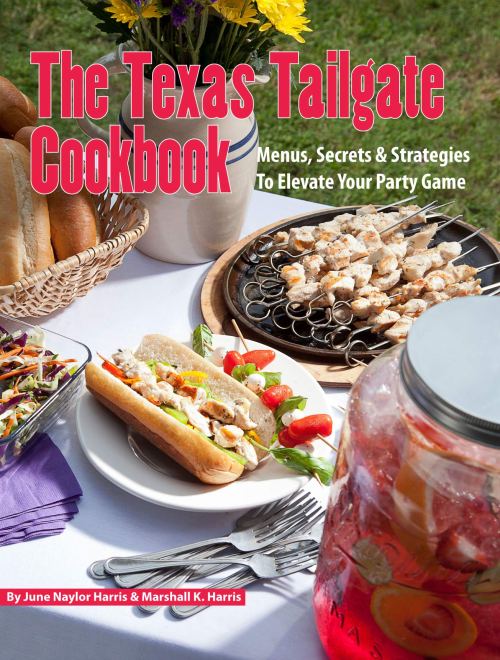 Texas Tailgate Cookbook, June Naylor: Texans may not have invented tailgating, but nobody does it with more passion and style than Texas football fans. Witness June Naylor Harris and Marshall K. Harris: Members of TCU’s class of 1979, June went on to become a widely published food, travel and cookbook writer; Marshall parlayed his TCU football stardom into an NFL career, then became an ad agency art director and studio artist. These days, they are cooking and watching football together, and their tailgates are big bits on game day. This book shares their secrets, strategies and a season’s worth of festive theme menus, with tailgate-tested recipes from Coffee-Rubbed Smoked Pork Tenderloin Sliders to Four-Berry Cobbler With Sugared Crust and Frosty Pineapple Mojitos.

Texas Cocktails, Nico Martini: Immerse yourself in Texas’ cocktail culture with this elegant new guide to the best bars and cocktails the state has to offer. Far more than just a recipe book, Texas Cocktails features signature creations by the best mixologists from Houston to El Paso, and everywhere in between. 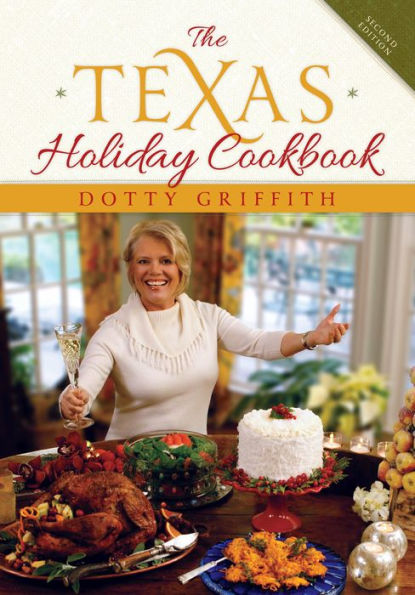 Texas Holiday Cookbook, Dotty Griffith: Once our DMN critic, now a bon vivant and cookbook writer, Dotty writes about things we can actually cook, and eat. Try this holiday book on for size. When first published, The Texas Holiday Cookbook drew rave reviews and gained a national following. In this new edition, truly Texan recipes like Margarita Balls and Really Whomped-Up Mashed Potatoes have been updated for contemporary tastes, products, equipment, techniques, and lifestyle concerns such as nutrition profiles.New chapters and materials include: superstar Texas chefs’ holiday traditions and recipes; food gift ideas for Thanksgiving, Hanukkah, Christmas and New Year’s; Texas wines and spirits for holiday celebrations; and Texas tricks to make holiday cooking tastier, quicker, and easier such as combining homemade with takeout, using convenience products, and sharing the workload with guests.