The 2020 Best Seafood Towers in Dallas

The glorious  seafood tower is a dish of raw and cooked shellfish served cold on a platter, usually on a bed of ice. The serving platter is generally held above table level with a stand and sometimes can contain multiple, elaborate tiers. This is both for visual effect, and because the shellfish are often served in the shell, or on the half shell, which causes them to take up a large area while containing only a bite or two of meat.

We found some very nice versions in Dallas. Although they are not particularly inexpensive, as would be expected when you start adding King Crab and elusive oysters, but typically you may order several levels to feed a varying amount of people you are dining with. However, one might make an entire meal of such platter along with a special bottle of wine.

Enjoy this bit of extravagance which is appropriate for any occasion. See our list, in no particular order. Prices listed, otherwise the tower is market-priced. 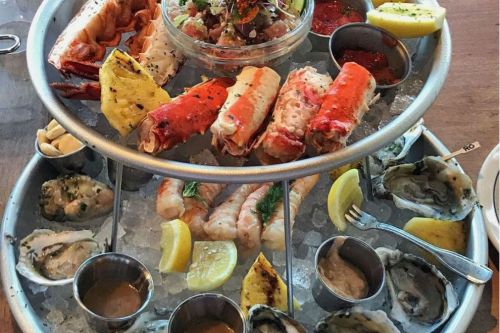 Up on Knox is the latest addition to the Knox area of Dallas and has a lovely tower. Look for a tableside homage to all things seafood that includes oysters, clams, mussels, enormous shrimp, and cold lobster all served with a selection of granitas and sauces. I would never spoil an perfect oyster with a sauce, but those granitas are delicate and at least one a bit spicy.

TJ’s Seafood Market and Grill has an extravagant tower. This gorgeous display is brimming with king crab, shrimp, oysters, clams, mussels, jumbo lump crab, tuna poke and a myriad of sauces. Possibly the most diverse and fresh tower of this list. As we mentioned at the beginning, this might seem expensive, but this platter could easily satisfy a small  group as an amazing starter.

Al Biernat’s restaurant offers choices when it comes to your seafood appetizers, and the tower proves our point. Look for cold towers both large and small offered at market price. But there is another option if you would like your seafood prepared differently in Al’s Classic Seafood Platter, which offers  tempura prawns, calamari, and crab cakes. All these choices have us salivating. 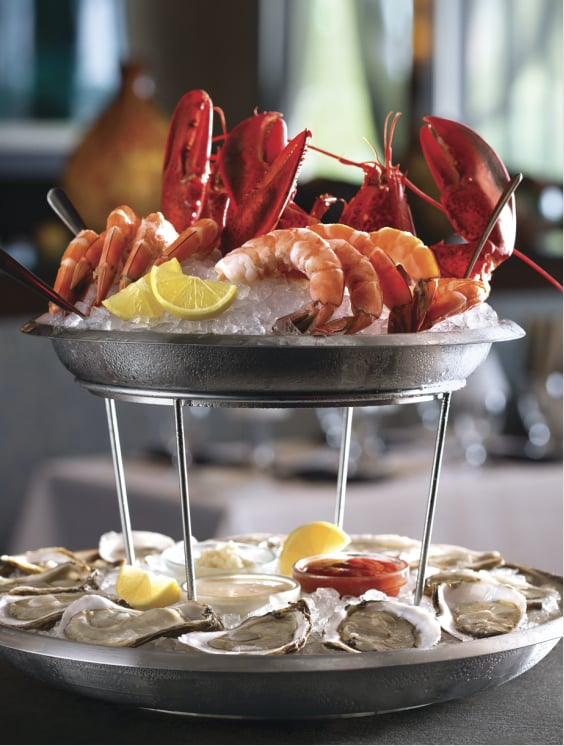 Eddie V’s serves a festive duo level Shellfish Tower that contains  Maine lobster, eight shrimp, eight oysters, and a serving of jumbo lump crab meat. The oysters are a chef’s selection from the coasts and are a perfect way to start your feast. 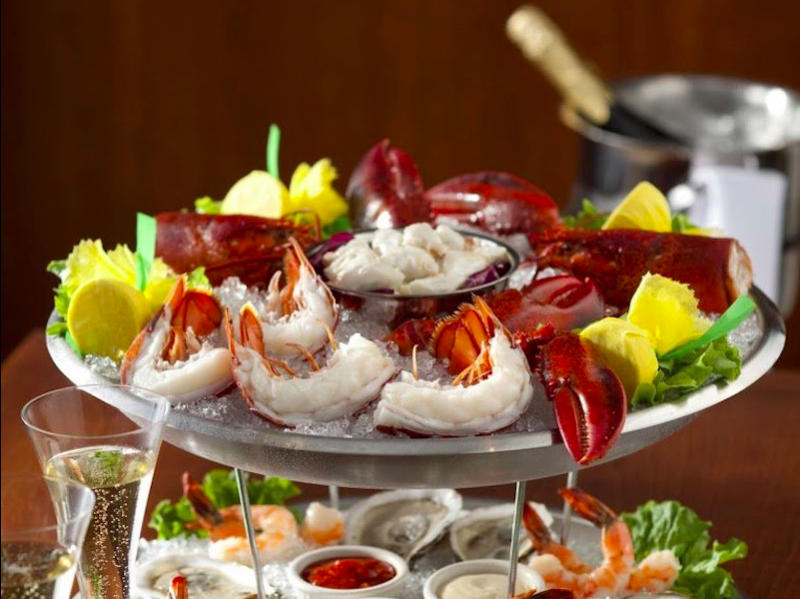 The Capital Grille located in Dallas’ Uptown district, they named their chilled appetizer the Grand Plateau and is served with a smattering of jumbo lump crab, North Atlantic lobster, shrimp cocktail, and plenty of oysters on the half shell. A perfect touch of elegance. 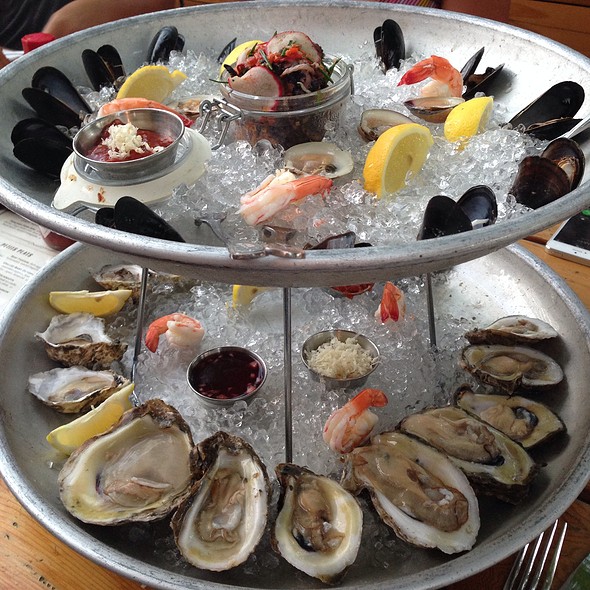 Boulevardier  in the Bishop Arts District that is a bit different than its counterparts. Look for a beautiful selection of twelve specialty oysters, twelve steamed mussels, six gulf shrimp, grilled baby octopus and  six littleneck clams. We enjoyed this one with a large group of people and it was immediately devoured which necessitated a second. The crowd was excited through and through.

Truluck’s is definitely tops in our ledger for seafood with a fantastic selection including their signature stone crab. Look for their seafood tower to include shrimp, oysters fresh Florida Stone Crab claws, and a blue crab cocktail. And it has a cool smoky effect!

Perry’s is all about great steaks and that tremendos chop that can feed a family of four. But they also have delicious seafood including their tower with King Crab, oysters, shrimp, and lump crab.

One response to “The 2020 Best Seafood Towers in Dallas”