It Is Elvis Month At El Ranchito 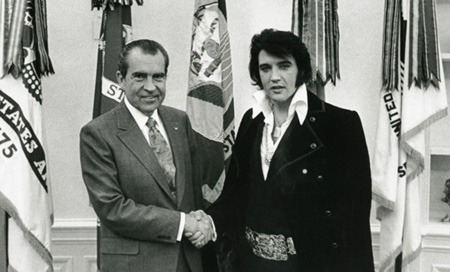 The good folks at El Ranchito located on Jefferson in Oak Cliff really have a thing for Elvis. What I thought was an annual impersonator contest has become more commonplace that the usual mariachis. In fact, January has been designated as a tribute month with alternating weeks switching between a professionally produce Elvis program and Elvis impersonation contests.

Kraig Parker does a mighty fine job at doing his Elvis thing, although he actually more like a chubby Wayne Newton. He does his show next Wednesday, January 23, 2013 at 7:30pm. This week you can participate in or simply enjoy local Elvii gather to proclaimed the best amateur. There is a $10 cover for the Parker show, and a $5 cover for the contest shows. 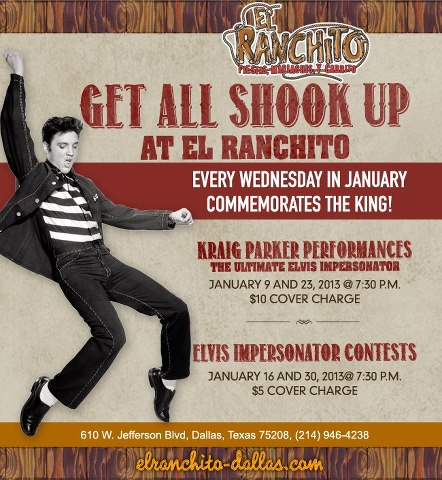 There are actually two contests, one January 16th and the second January 30th. Both go well with the house tamales.