Dallas Offers Up A Big Autumn 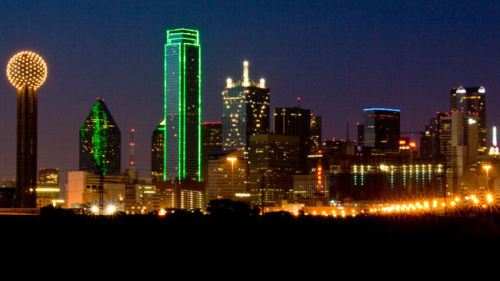 Autumn is an inspiring time in Dallas. With annual events, like the iconic State Fair of Texas, that draw thousands of visitors, to groundbreaking once-in-a-lifetime exhibitions, like a never-before-seen collection of Jackson Pollock paintings at the Dallas Museum of Art, there is plenty to see and do. The weather will be wonderful, and so will the sights. Visit Dallas this fall and enjoy some of the best the city has to offer. The list is impressive, and just a glimpse of what we have going on in the coming months. Get your calendar out and be ready for some planning.

The State Fair of Texas
A Texas tradition since 1886, the State Fair of Texas is the longest-running fair in the U.S. (24 days) and features wide-ranging attractions – from petting zoos to pig races – that allow fairgoers to experience all aspects of Texas’ culture. Set in Fair Park, home to the largest collection of 1930s art deco exposition style architecture in the North America, this year’s fair is themed “Passport to Texas” and runs Sept. 25 through Oct. 18. The Big Tex Choice Awards – a sizzling sampling of fried delights – is a highlight each year, and this year’s offerings include treats like Deep Fried Alligator’s Egg Nests and the Lone Star Pork Handle. And you can’t go wrong with the world-famous Fletcher’s Corny Dog, an all-American frank deep fried in a cornbread crust, invented at the State Fair of Texas in 1942. Add it to your bucket list.

Jackson Pollock: Blind Spots
On Nov. 20, the Dallas Museum of Art will present what experts have deemed a “once-in-a-lifetime” exhibition: the largest survey of Jackson Pollock’s black paintings ever assembled. This exceptional presentation will include many works that have not been exhibited for more than 50 years, and several which were considered missing. Jackson Pollock: Blind Spots offers critical new scholarship on this understudied yet pivotal period in the artist’s career and provides radical new insights into Pollock’s practice. The exhibition at the DMA will serve as the exclusive U.S. presentation and will remain on view through March 20, 2016.

Garth Brooks
One of the best-selling and most awarded country music performers of all time, Garth Brooks makes his first appearance in Dallas in almost two decades this September. Performing a stunning seven shows at Dallas’ American Airlines Center, the Garth Brooks World Tour has already sold 100,000 tickets. Shows are Sept. 17-22.

Autumn at the Arboretum
With the welcome change of seasons comes one of the Dallas Arboretum and Botanical Garden’s most anticipated events: Autumn at the Arboretum. The highlight of the festival is the nationally acclaimed Pumpkin Village, which is created with more than 75,000 pumpkins, gourds and squash, and this year the display will be created into an old Texas town in the Pecan Grove. The event was voted one of “America’s Best Pumpkin Festivals” by Fodor’s Travel 2014. Guests will find unlimited opportunities to create lasting memories and capture them in photos filled with beautiful backdrops of spectacular color.

Treasures from the House of Alba
In celebration of its 50th anniversary, the Meadows Museum at Southern Methodist University will exhibit more than 130 works from the Alba family, a prominent Spanish aristocratic family holding one of Europe’s oldest and most significant private art collections. Treasures from the House of Alba: 500 Years of Art and Collecting presents paintings and decorative arts drawn from three of the family’s most spectacular palaces in Madrid, Seville and Salamanca, including works by Van Gogh, Goya, Rembrandt, Renoir and many others. This private collection leaves Spain for the very first time and will be on view at the Meadows Museum from Sept. 11 through Jan. 3, 2016.

Aurora
For one spectacular night, Downtown Dallas will be transformed into an open-air, urban playground of new media art – light, video, sound, performance and projection – on an unprecedented scale. Both immersive and engaging, Aurora is a platform for intersecting the local community with national and international artists in a way that is both compelling and personal. Visitors are offered the unparalleled opportunity to see their familiar urban environment converted into an interactive site for some of the world’s most innovative contemporary art. This year’s event, on Oct. 16, will draw 30,000 visitors.

Creatures of Light: Nature’s Bioluminescence
From flickering fireflies to glittering jellyfish, the Perot Museum of Nature and Science boasts a bright fall special exhibition that will take guests on an immersive journey through the world of living light. Opening Oct. 31, Creatures of Light: Nature’s Bioluminescence illuminates the mesmerizing world of plants and animals that glow, from the deepest parts of the ocean and beyond.

Twyla Tharp 50th Anniversary Tour
Renowned choreographer Twyla Tharp is celebrating the 50th anniversary of her choreographic debut with a national tour this fall, kicking off in Dallas at the AT&T Performing Arts Center. The tour, which features 12 dancers performing a program of new works set to music by Bach, Henry Butler, Steven Bernstein and John Zorn, kicks off with a world premiere in Dallas on Sept. 18. The dancers will perform two shows at the Winspear Opera House in Dallas before continuing on to a 15-city tour.

Tagged as Aurora, Dallas Arboretum, Dallas Museum of Art, Perot Museum, State Fair of texas, What to do in Dallas