Today Jason Boso, Proprietor, Chef, Bartender, Busboy and Reverend, of Twisted Root Burger Co., announced his plans to expand the company throughout 2013 and 2014. With seven locations already under his belt, Boso is currently working to open at least seven more stores significantly increasing the presence of this red hot concept.

The first new location will open in Bedford early March, with another coming to Carrollton in Q2. And this winter, DFW Airport will see its first Twisted Root Burger, giving hungry travelers another great food option in Terminal A, as well as another opening in Fort Worth. From there, Twisted Root will expand outside the Dallas-Fort Worth area, opening its first store in Austin (slated for Q3). And around the same time, the company will unveil its first franchise location – and its first store outside Texas – in Shreveport, LA. Boso continues to pursue other opportunities for 2014 but plans for an Irving location to open next summer. 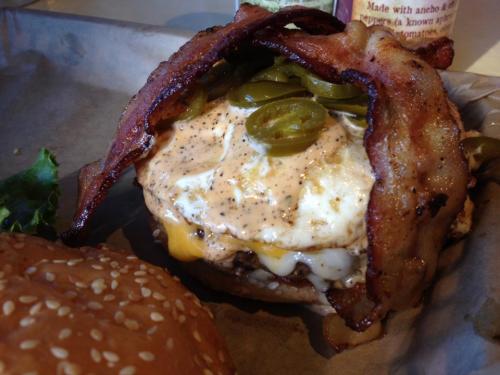 Every new store will feature Twisted Root’s award-winning menu, but each will have its own theme, just as current locations range in themes from tailgating and sports to a transportation shipping yard. If you’ve been to one Twisted Root, that’s it, you’ve only been to one Twisted Root as each location has its own personality and flare. This setup allows diners to enjoy their favorite menu items while experiencing something new in décor and ambiance.

“Twisted Root has proved to be a viable, successful concept with a loyal customer base, which is allowing us to push forward with several more locations in 2013,” said Boso. “We’re excited to grow our presence and to share our honest food with more and more people, as we continue to explore expansion opportunities both in Texas and outside the state.”

9 responses to “Twisted Root Is Growing”