Are Tacos Actually Good For You? 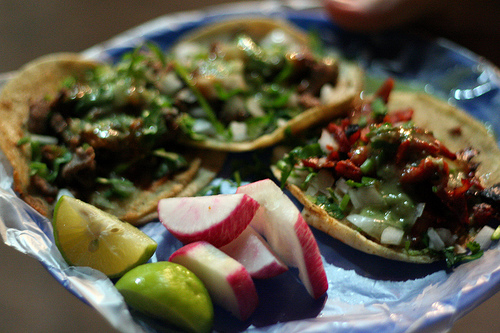 Plenty of food news spawning from Mexico this week. First we hear tales of the beloved Mexican Coke possibly going the way of its American counterpart by using high fructose corn syrup. This is due to an excise that the Mexican government is placing on liters of the cola, giving cause for the Mexican bottler to go the cheaper and less healthy route. The reasoning for the peso tax per bottle is the higher obesity rates in Mexico.

When will the bottlers learn that we simply do not wish to consume high fructose corn syrup, and would pay a small premium for real sugar. Perhaps it is best we stay clear of the sodas altogether.

Today we have happier news in new study published by the Universidad de Las Américas de Puebla (UDLAP) in Central Mexico explaining that tacos are actually healthy. We knew this, right? 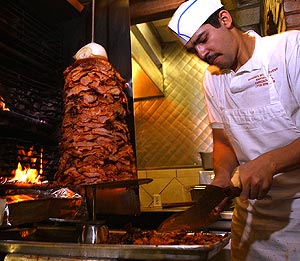 The study showed that eating an order of five traditional tacos al pastor “con todo” is healthier than having just a fiber bar. The new study titled “Tacos al Pastor and Flautas de Cochinita Pibil. Do you what are you eating?” published by students and one UDLAP scholar showed results that indicate eating five tacos al pastor or two Flautas de Cochinita Pibil has more nutritional value than having one “healthy” fiber bar.

They also make the point that tacos have less fat than doughnuts, French fries and even some health bars. We checked out the nutrition of several popular fiber bars in the United States and the numbers didn’t quite add up for us. Many of the top brands had little or no fat content. However, the study does prove that not all Mexican food is extremely high in fat and necessarily bad for you, as many might perceive.  So enjoy a plate of good-for-you tacos tonight.

19 responses to “Are Tacos Actually Good For You?”