George Acosta absolutely rocked the party. The DJ murdered the booth at the Salt Grand Opening Party on Sunday May 18th

Salt is the pool and bar located at what formerly was Ku De Ta at 3121 Ross Avenue on the east side of downtown Dallas.  Under new ownership and management, they have made great progress in changing the brand from Ku De Ta with a formerly less than desirable reputation, into their own friendly and welcoming concept. 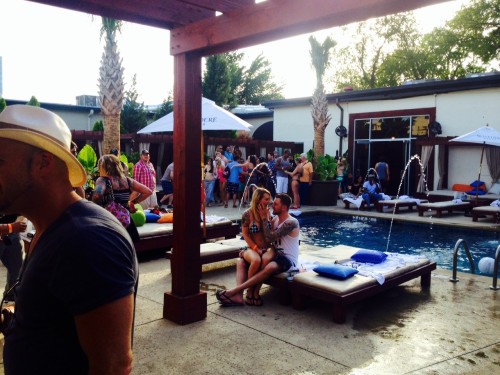 Back to George Acosta decimating all…  George is a well-known veteran DJ in the Miami music scene for nearly two decades.  Most recently he was nominated for best American DJ by DJ Times Magazine in 2013.  His high energy progressive house continuous mix had me moving the whole time.  I was thrilled with his set.

If you care to hear more, you can also find him all over the web on SoundCloud, Spotify, and YouTube.  George is not limited to playing U.S. clubs.  He is a much larger scale DJ with international credibility.  Something I would like to attend that he will be performing at is The Groove Cruise, which is the world’s largest floating music festival.  He also will be performing in Columbia later this month.

The music was great and the location was much more inviting than years past.  I will absolutely be back, and definitely recommend.

One response to “Salt Grand Opening With DJ George Acosta”