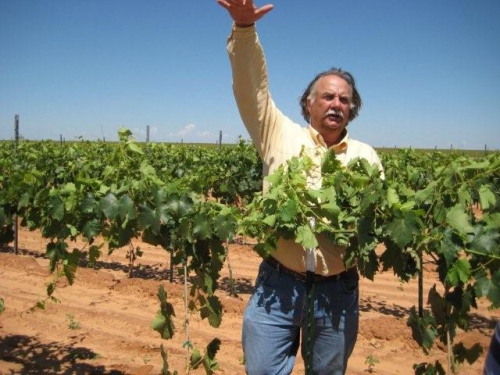 Last week, the biggest news in the Texas wine industry was Bingham Family Vineyards formal announcement that they had acquired Pheasant Ridge Winery and Vineyard. The property, includes the winery, a tasting room and 25 acres of vinifera grapes. The news was greeted with relief and anticipation by Texas wine drinkers as the Binghams are a ‘safe pair of hands’ for the vineyard assets.

One puzzling sentence in the widely-reported press release was a sentence that read We are thrilled to have the original Pheasant Ridge founder and winegrower, Bobby Cox, on our team. What on earth did that amount to?

Bobby Cox is one of the closest things to a legend in the Texas wine industry, having proved that vinifera grapes could produce world class wine in Texas back in the 1980s. And at Pheasant Ridge Winery at that (he co-founded it in 1979, and suffered when it nearly went bankrupt in the early 1990s and he handed the keys over to the bank. Although the winery was within eyesight of his Lubbock home, it was too painful to go back). He considers his 1982 Pheasant Ridge Cabernet Sauvignon the best wine he has ever made.    END_OF_DOCUMENT_TOKEN_TO_BE_REPLACED