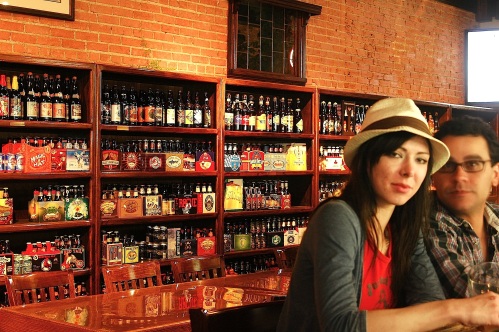 Construction on Lowest Greenville has no doubt created obstacles for us to visit some of the neighborhood’s most beloved staple institutions, so it seemed curious that a new business would open in what seemed like a precarious state of affairs in the area.  World Beer Company Bottle Shop has been open in its current location since May of this year, and was a perfect place to visit on a whim.

As Suzi began taking photos, I approached the bartender and asked, “do you have any sour ales?”

“Nothing on tap, but we do have the Petrus Oak Aged in a bottle,” she responded as she pulled the beer out to show me. 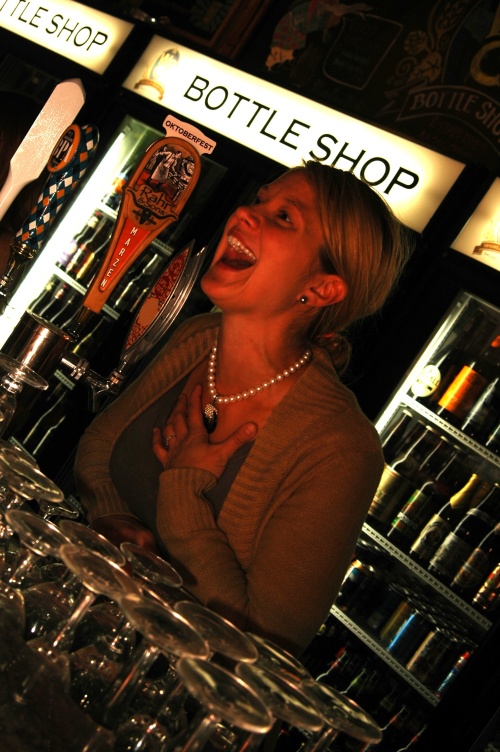 I tasted my first sour ale at the Meddlesome Moth months ago, and my recent quest to taste more has often left me without options.  This unusual beer style is acidic and tart, made by allowing yeast strains into the brew.  Few bars in the area seem to have them available, nor do their bartenders seem familiar with the style in my experience.  Not the case with The Bottle Shop, which had exactly the type of beer my throat had been craving for so long.

As we snapped pictures, Owner (or “Director of Consumption” as his card states) Chris Hanks approached us.  He explained the genesis of his idea from selling buckets of beer bottles as gifts for games and holidays.  With the preponderance of craft brewing, he wanted to give customers the opportunity to taste these beers and expand the scope of a few select gift baskets.

Their understated storefront on the corner of Greenville Avenue and Bell Avenue is slowly allowing them to carve a niche as a neighborhood staple before food trucks and additional large stores draw a bigger crowd into Lowest Greenville.  “We had the Brewmaster of Boulevard here to lead a tasting,” said Hanks.  “It’s like a collaboration of beer here, where everyone who enters the shop wants to learn and taste, and it’s exciting to think about where it will go.”

I glanced up at the specials board, noticing Free Pizza Mondays, Live Music Thursdays, and Sunday Reverse Craft Can Happy Hour.  So which night will I plan my next visit here? I thought.  And which beers will I taste at that point?