McFadden’s Making Their Way to Addison 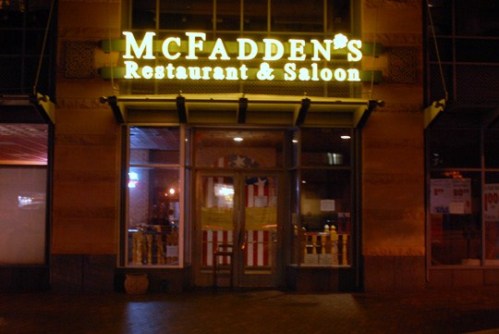 McFadden’s Restaurant and Saloon is making its way to Addison after the first of the year, most likely in January. McFadden’s was established in New York in 1977 and is basically a mega sports bar with a large food menu and even larger Irish bent.

The food is your typical bar fare with plenty of wings, cheese sticks and meatloaf specials. But the restaurant also offers fresh fish dishes on their large menu.

McFadden’s is also a party palace with DJ’s nightly. In other US cities like Philadelphia and New York you will find a McFadden’s at the ballpark.

The Addison McFadden’s is moving into the very large Addison City Limits space at 4050 Belt Line. They are now hiring for all positions.

One response to “McFadden’s Making Their Way to Addison”