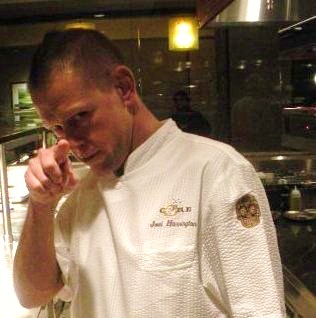 Joel Harrington recently resigned from his executive sous chef duties at the Dallas Charlie Palmer to pursue an offer that has been dangling in front of him since December of last year when he left Stephan Pyles.  Harrington is now residing in Beaver Creek, Colorado.

Recently Harrington was featured in book Notes From a Kitchen which is a huge in-depth study that features chefs at work. The book was written by Austin artist Jeff Scott who won a James Beard award this year for the book.

Harrington is now the executive chef at Cima in the Westin Beaver Creek.

One response to “Chef Harrington Leaves Dallas For Colorado”