How To Celebrate Bastille Day In Dallas 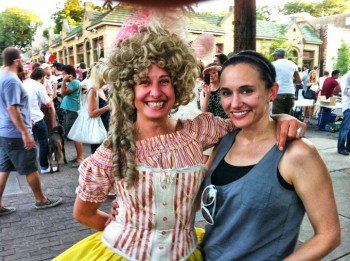 The French get a lot of razzing from Americans, but fact is if it weren’t for the French we might all still be speaking with a nasty English accent and have very bad teeth. The French were vital  for the Americans to win the Revolutionary War. But to be fair we did give them Jerry Lewis.

This weekend we will celebrate Bastille Day, the anniversary of the storming of the Bastille fortress-prison which was seen as a symbol of the uprising of the modern nation.

There will be several Bastille celebrations in Dallas  and we want to share ways you might want to party and enjoy the day.

Celebrate Bastille Day in Bishop Arts with their traditional Bastille Day street party. This year Chef Randall Copeland from the soon-to-open Boulevardier will be serving up French sausage sandwiches and chocolate tarts. Michele Carpenter from Zen Sushi will be serving tons of mussels, and there will also be crepes, ham & cheese baguettes, and more. Also you will find plenty of cocktail stations run by Michael Martensen from Cedars Social, and French wine will be available. The event is free and runs from 7pm to 1am Saturday, July 14, 2012.

View the breath-taking art from the Age of Impressionism at the Kimball Art Museum that will run through July 17, 2012. The Kimball Art Museum is the sole American venue for this first-ever international touring exhibition of the renowned Impressionist collection of the Sterling and Francine Clark Art Institute in Williamstown, Massachusetts. The 73 paintings in the exhibition include 21 Renoirs and six Monet’s, along with works by Degas, Manet, Pissarro, Sisley, Morisot, Gauguin, Toulouse-Lautrec, and other prominent French painters of the period. Among them are some of the most familiar masterpieces of the Impressionist era. 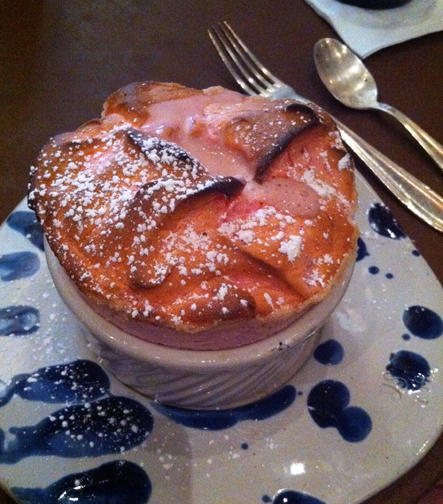 Dine at one of the many local French restaurants. Try the Escargot Soufflé at Rise No. 1, the foie gras terrine at Lavendou, one of the many mussels dishes at Toulouse, the carrot soup with marshmallow panna cotta at Bijoux, or the crème brulee at Cadot. Experience the elegance of the French Room for an elevated evening of French refinement.

Take French lessons at the Alliance Française de Dallas and order your next meal in French.

Seek out the very best French fries in Dallas. Try the trio of fries at Tillman’s Roadhouse in Oak Cliff, or the barrel of fries at Five Guys. We also understand that Nick and Sam’s will make the most elusive duck fat frites.

Enjoy a large plate of French toast at one of several breakfast eateries including Café Brazil, Allgood Café, The Mecca, or The Original Market Diner. The French Scrambled Eggs at La Duni are heavenly.

Don’t forget to French kiss your favorite sweetie and have a safe weekend.