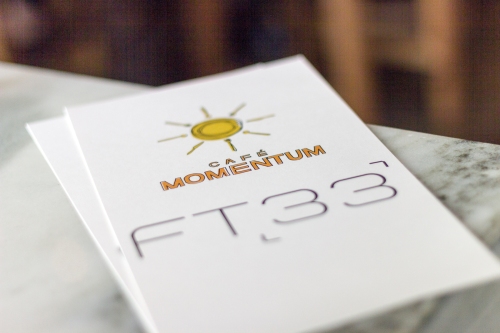 How do you sell out one of the country’s hottest restaurants with a prix fixe menu at $100 per plate? Secure in the knowledge that you will have 100% attendance with dozens more clamoring for tickets. Oh, and did I forget to mention that this little miracle occurs in the span of 20 seconds? It’s actually rather simple. You open your restaurant to Café Momentum, the concept developed to train young men detained in the Dallas County Youth Village in the culinary arts from the ground up. 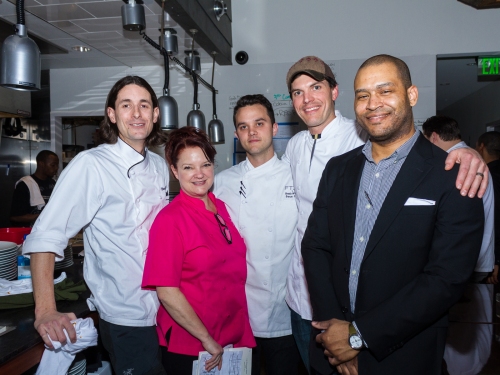 Sunday night, Chef Matt McCallister offered up his core-of-the-sun hot FT33 to Café Momentum and its patrons, and he delivered an evening even his most ardent fans would gleefully admit was singular in its delight. From the passed hors d’oeuvres of crostini with assorted toppings through the 4-course meal – smoked trout “the color white”; lamb, buckwheat cavatelli, mint-sprig garlic conserve; beef tongue “pastrami”, potato pommery, cornichon, savoy cabbage; bay leaf panna cotta, south texas strawberry, lemon, tarragon (each paired perfectly with a wine selection from Oak Cliff Cellars) – Chef McCallister delivered the kind of fare that is drawing him rave reviews from coast-to-coast and in fact has garnered him a spot among the 100 finalists for FOOD & WINE’s “The People’s Best New Chef” award.

The twist is that in addition to his usual staff, Chef McCallister was assisted by eight young men from the Youth Village Resource Services of Dallas, young men who have chosen to leave behind lives with the dimmest future prospects in exchange for the opportunity to learn from the very best chefs in the area. The youths alternated duties for the evening, half working in the kitchen while the other half served the guests for the first two courses, after which a line shift took place, and they traded responsibilities. The guests are encouraged to interact with the young men, and as the evening progressed, the increase in the servers’ confidence and poise was noticeable. As the youths grew more comfortable with the process and their surroundings, they smiled and exchanged pleasantries and even jokes with their customers. 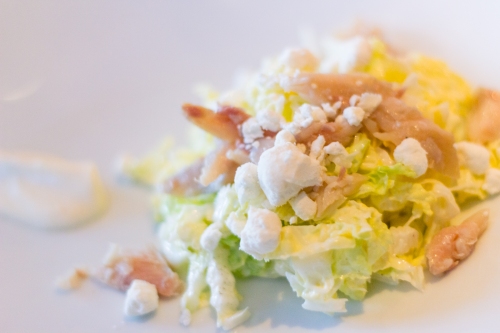 Also participating were Jim Richardson, whose Oak Cliff Cellars is a long-time supporter of the project, and Marta and Kevin Sprague of Noble Coyote Coffee Roasters, long time supporters as well, who offered samples of their Café Momentum blend coffee. And as if the community support weren’t already self-evident, volunteers from the area assisted pouring wine and directing traffic in the dining room.

Café Momentum is the brainchild of Chad Houser and Janice Provost, co-owners Parigi, who developed the concept in concert with Youth Village Resources of Dallas to provide the Dallas County Youth Village with another program to offer to the young men detained there. Mr. Houser addressed the patrons on Sunday, sharing anecdotes of young men who have become so committed to their new lives that they literally have walked across town to get to work. Ms. Provost announced that one of the young men had so impressed the staff at FT33 that he had been given an interview for a job there once he is released from the program in 3 weeks.

Plans are in place for a permanent facility, but until sufficient funding has been secured, the monthly events will continue to rotate among local restaurants. Funding comes from private donations and the monthly pop-up dinners, which have become so wildly popular that they routinely sell out in less than one minute.

As usual, the highlight of Sunday night’s dinner was when the young men themselves addressed the audience. These are youths who have had such dysfunctional upbringings that upon arriving in the county’s Juvenile Court detention center, they are barely able to communicate with staff and their attorneys. Sunday evening, they showed themselves to be affable and even animated (one young man eagerly disclosed that his grandfather had bought him a bow tie for the occasion), but above all else, they expressed genuine gratitude for the opportunity to secure legitimate employment with legitimate career advancement. By this point, there were no dry eyes or bottoms in chairs anywhere in the house.

Café Momentum’s 20th dinner is April 14 at Fearing’s, and tickets go on sale March 17th at 8:00 p.m. on Café Momentum’s web site. But unless your typing finger is faster than Steven King’s or you’re just imbued with the luck of the Irish, your best opportunity to attend may be to harangue one of the fortunate ones to let you have their seat!

This is the easiest ranking I’ll ever give. An easy 5 gavels – only because there’s no numerical representation for “Googol”!

David Indorf is an avid  Dallas foodie, attorney and former judge who will be reviewing a variety of restaurants locally for craveDFW.