If you weren’t aware Dallas, there is a taco club that exists and they’re called Tacobots, which had a regular column on craveDFW for a long time.  The Tacobots came out of long winter hibernation and chose El Come Taco as their first target to chow down some tacos.  I had the pleasure of meeting the Villava family which happen to be the proud owners of this delicious taco joint.

El Come Tacos opened it’s doors in Novemeber 2013 and has been serving street-style tacos to the masses.  According to the Villava brothers Luis and Francisco, they wanted to open a taco restaurant based on their own personal philosophy: food that was of highest quality and wanted to serve up “original Mexico street-style tacos”.  Speaking of quality, there were a few things that really impressed me about Come Taco. 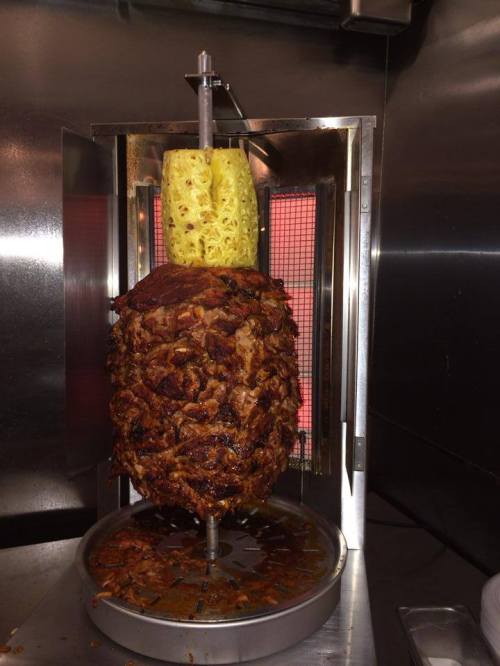 I ordered three tacos: pastor, chorizo, and the capechano.  For as long as I can remember, I’ve never found a taco restaurant that puts a slice of avocado on your taco and didn’t charge you—Come Taco gladly puts a nice chunky slice on there with no charge.  Soon I was chomping down my tacos and came to an instant conclusion.  These are some of the best tasting tacos I’ve had in a while.

I fell in love with the flavor of the Chorizo taco, and the Capechano, which consisted of brisket and chorizo.  Come to find out from the Villava brothers, they make their own Chorizo in-house which technically speaking is called Longaniza, which happens to be a different version of chorizo.  The difference between both, the Longaniza is aged shorter and is slightly saltier.  Also made in-house, the cecina, which is a 24 hour aged sirloin.

The Villava family told me that the pastor is much different than their competitors due to the fact that they put a small slice of grilled pineapple on the pastor.  The pastor taco was extremely tasty as well.  According to Luis Villalva, their pastor contains no paprika or achiote, but has a great combination of ancho and guajillo dried peppers which makes for a tastier taco.

The Villalva family owned taquerias in Mexico City and decided they wanted to share their knowledge and love for tacos by bringing Dallas a “piece of Mexico” according to Luis.  All in all the food was great and at the end, the Tacobots were completely satisfied with the food and turnout.  Look out for more Tacobot events on facebook.