How To Enjoy The Granada Theater

Built in 1946, The Granada Theater is one of the oldest continuously operating theaters in Dallas. The current configuration as a music venue provides patrons with excellent sight lines to the raised stage.  In August of 2014, owner Mike Schoder will celebrate ten years of bringing music to Dallas from every part of the world. Mike has presided over a continuous upgrading of the sound, lighting and other facilities to make The Granada a great place to see any type of music.

The Granada is located in the “M Streets” area of the Lower Greenville restaurant district. The venue is 5 miles from the Dallas Convention Center in downtown Dallas, and 21 miles from DFW airport.

Various bus lines serve the area, and the venue is less than a mile south of the DART Mockingbird Station light rail stop. Dart Trains do not run 24 hours. Check the schedule at DART’s website. 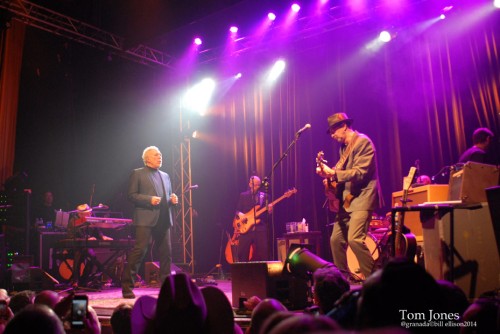 There is a large parking lot just behind the venue, which will fill early during busy shows. Parking is $8. There is an abundance of free on-street parking in the residential neighborhoods surrounding the The Granada. Even at the most crowded shows, it will be no more than a 10 minute walk after parking.

Parking in the neighborhoods on the East side of Mockingbird (especially east of Matilda) is easy, but the streets tend look the same. Make a note of where you left your car.

This is a busy area with several restaurants so parking is at a premium. The parking on the West side of Mockingbird is almost always more difficult. Parking regulations change frequently and “Residence Only” zones are present in the area. Look carefully for these signs to avoid tickets and towing. There is valet parking available next door at Sundown (a restaurant owned by The Granada) and across the street in front of Kirby’s and Blue Fish.

The Granada will usually have tacos and pizza in the lobby for sale, and there is a bar in the lobby that is very busy between acts. Chairs are set up outside in a roped off area near the ticket booth for smokers. Outside there is a nice place to sit and watch the crowd, but it will be smoky. The Granada has two additional bars inside the actual showroom, one on each side at the top of the ground level below the balcony.

There are numerous restaurants within short walking distance of The Granada, and even more within a 5 minute drive South on Greenville Avenue. 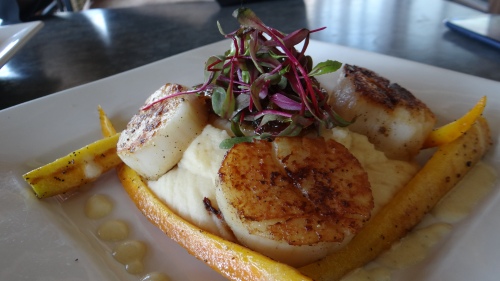 Seating at the Show

The Granada’s lower level looks upon a relatively high stage that is over five feet tall. There is a “pit” just below the stage, but it is narrow. The lower level is tiered with two aisles leading down from the lobby area. There also is a large balcony where the sound board resides and where additional standing areas or seats will be. Maximum capacity is 1100+.

There are numerous seating configurations, that can be found on the venue website under “Seating Charts”:

Pay attention to the configuration for your specific show. For seated shows, the seats will surround a small tables on each tier, so seats “together” may actually be one in front of the other.

For standing shows, because of the slope of the theater, it may be difficult for shorter patrons to see the band. I recommend standing on the rail at the front of each of the two lower tiers, towards the outside of the aisles. For seated shows, I prefer the second or third tier from the front because of the high stage.

How to watch the show

To insure a good spot, arrive early. The staff is professional, but the Will-Call lines can get long. Will-Call computers and ID check are behind the doors to the left of the ticket booth. Bypass the ticket booth if you have already paid for your tickets. Go early to get a wrist band before the Will-Call/ID line becomes too long, and then head to Sundown or other nearby restaurants for a drink before the show.

For most bands, do not talk during the show, other than between songs. Do not shout out song titles you wish to hear, unless the band asks you to do so. For other shows, rock as hard and loud as you want. The sound system is capable of EXTREME VOLUME. Bring ear plugs, or free basic foam earplugs are available at the bar.

Jon Daniel is our new music contributor. His passions are music, food and coffee.

Tagged as Dallas, Granada Theater, Greenville Ave, music, Venue, What to do in Dallas

One response to “How To Enjoy The Granada Theater”