Where To Find Fantastic Chicken and Waffles in Dallas

The Chicken and Waffle phenomenon dates back to 1930’s Harlem to Wells Supper Club billed as “Home of Chicken and Waffles Since 1938.” They claim to be the first to sell the dish during the Jazz Age, when late-night diners would order breakfast or dinner to soak up the evening’s alcohol, and get them safely on their way home.

Nearly 40 years later, Harlem native Herb Hudson migrated to Hollywood, California and started what would become a soul food institution. In an area that lacked restaurant choices, Roscoe’s House of Chicken and Waffles was born.

Chicken and Waffles is exactly what it sounds like. A large crispy waffle served with a side of butter, or butter-like substances, and syrup. Oh, and the fried chicken. Strapping selections of moist, tender yard-bird whose greasiness can be soaked up by the waffle. And if syrup is sloshed onto your chicken, you are all the better. Added bonus for a sprite hot sauce to revive the senses.

The famous chicken house now has five locations across the greater Los Angeles area, and according to Penn Jillette of Penn and Teller fame, when he was once approached by actor Lou Diamond in at a Roscoe’s, Diamond told him, “They have a ‘one celebrity at a time’ rule here, so I’m leaving. But eat up, because in 45 minutes Kiefer Sutherland will be here.” Diamond shook Jillette’s hand and walked out.

Regardless of the celebrity quotient at Roscoe’s, the fact remains that the Chicken and Waffle movement has been set ablaze, transcending all lines of restaurant fare and social classes in the perpetual search for comfort food.

Ida Claire is known for their soothing southern comfort dishes and their chicken treatments.

Hatties in Bishop Arts does an amazing chicken and waffle. 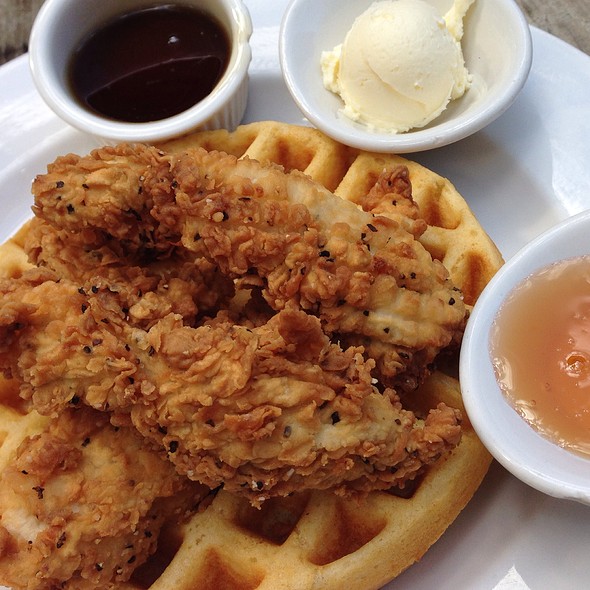 Common Table isn’t just known for their wildly good beer selection, they have this crazy good brunch as well. 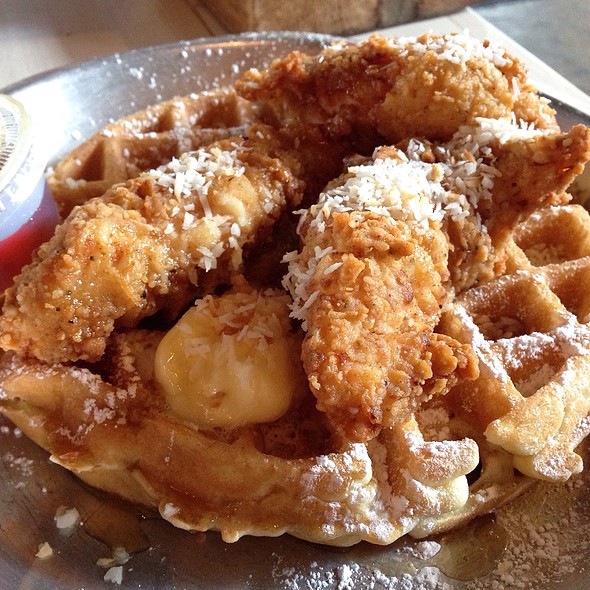 With a name like Chicken Scratch, you best have a great chicken and waffle, this waffle gets a coconut treatment.

Jonathon’s in Oak Cliff always makes any list that involves gravy. And chicken. And waffles. 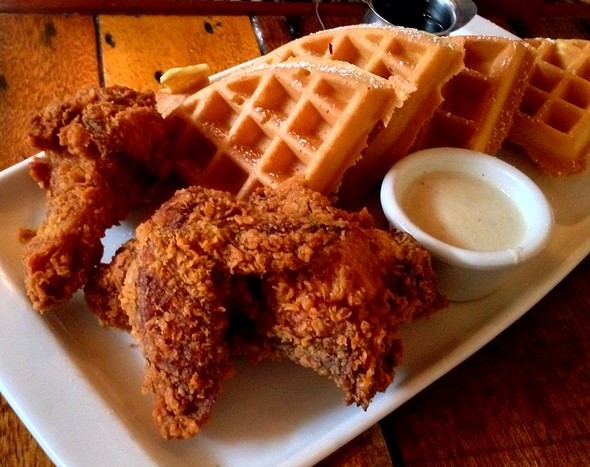 One of my first memories of chef Anastacia Quinones was at Victor Tango where she served me chicken and waffles. She made they awesome then, and only improved her technique now at Oddfellows.

The friendly folks at Fat Chicken in Trinity Groves march to the beat of a different drumstick with their Chicken and Donuts. These donuts are made fresh with each order to guarantee the very best.