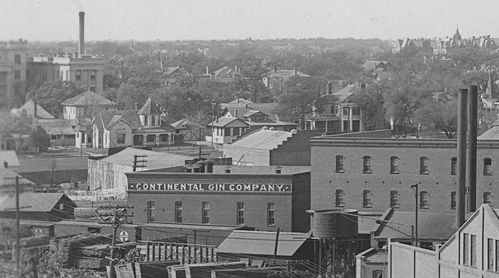 The Continental Gin Building has existed for 130 years and has housed artist studios for over three decades. This November marks the final Open Studios at this registered Dallas Landmark for these celebrated artists.  The Fall Open Studios will feature more than 40 artists on Friday, November 9th from 6PM-10PM and Saturday, November 10th from 2PM-8PM at 3309 Elm Street Dallas, TX 75226.  The public is invited.

The Continental Gin Building has been home to some of Dallas’ most notable artists for the last 32 years.  Twice a year, the artists host the Open Studios event, which is one of the most well attended in the region. This final Open Studio will be a true celebration of the artists’ work and contribution to the Dallas community.

Jenny Keller tells us, “My time at the Continental Gin Building has been an uplifting and fulfilling experience. Being with so many accomplished artists and witnessing the fine art they have produced over the ten years of my tenure is profoundly moving and I am so blessed to have participated in this great aesthetic experiment. It has been magical to walk the halls of such a grand old building and have been surrounded by the wonderful art and current artists, but also the energy of all the artists who came before and left their creative flair to inspire us. This Farewell Open Studios will be meaningful to each of us, as we are forever affected by the building, the artworks and the people.”

The artists participating in this Fall’s Open Studios include:

“Over 3 decades, dozens of Dallas artists, craftspeople and designers created a unique family in the historic Continental Gin Building. Their collective efforts and spirit, ultimately, produced Open Studios. Now we have an institution that is a great addition to the Dallas art community. We all celebrate their rich history and wish them well in the future.”  – John Tatum, President of Elm Development Company

The event will feature food by Tutta’s Food Truck on Friday and That Taco Dude on Saturday. The Felix Flores Band will perform Friday night and Music by Frank and Tom on Saturday evening. Complimentary drinks and bites will be served throughout the building.

Beginning in early 2019, The Continental Gin Building will undergo a top-to-bottom, multi-million dollar revitalization.  The historic renovation of this landmarked building will restore its structural integrity and historic character.

Just as unique as the stories and works of each artist at The Continental Gin Building, are the next chapter of their journeys. Some of the artists will continue their success individually and others will continue to work in a collaborative community such as the one which has been a home for so many years.  Artists tell-all, this November 9th and 10th. Don’t miss their art and their story.

The Continental Gin Building, located on Elm Street between Trunk Avenue and Exposition Avenue, is the last remaining structure of the larger Continental Gin Company complex originally constructed over a number of years from 1888 to 1914. Originally constructed as an office and warehouse, for the last 30 years, the building has served as studio art spaces. The structure itself has endured a patchwork of repairs throughout its occupancy and has reached a point in which its continued use will require a significant redevelopment effort.

The redevelopment effort involves a major overhaul while maintaining the historic integrity of the original structure both inside and out. The program intent for the project includes 63,000 sqft. of both creative office and restaurant / retail space on the ground floor. Design considerations for the overall project include utilizing the proposed parking court area as a plaza space serving both the office and the retail, while also exploring opportunities to reference the previous historic structures in either plaza treatment or vertical elements. Lastly, the project also provides a significant opportunity to link both the Santa Fe Trail to the project and neighborhood, as well as improve connections to the Baylor DART station.