Abel Gonzales The Fried Food King Gives Back For The Holidays 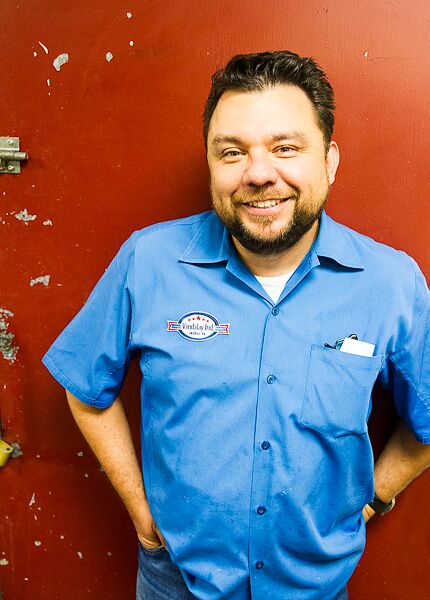 You know Abel Gonzales from his annual stint at the Texas State Fair as the Fried Food King. In 2015 he cranked out a plethora of fried lobster with a side of champagne gravy. In 2004, he won with the fried peanut butter and jelly sandwich, in 2005 with Fried Coke, in 2006 with fried cookie dough, in 2008 with deep-fried butter, and in 2011 with Fried Jambalaya. He is also called the Fried Jesus.

We visited with Gonzales recently because we were tipped off about his extreme tamale and posole making. Come to find out that the chef has a kitchen on Ross Avenue where he has been catering weddings and a vast array of parties. The kitchen itself is massive and larger than many hotel kitchens I have seen. I was thinking he might be catering up Fried Jambalaya, but actually the man can cook like a maniac.

“We had this kitchen sitting idle for a year. We originally got the kitchen to cook out of for the fair, but needed to use this space for more culinary events. I have the culinary background, and haver been doing this all my life. I just needed to get away from the television and do it,” said Gonzales.   END_OF_DOCUMENT_TOKEN_TO_BE_REPLACED