A First Look at Taco Ocho

This weekend marked another collection of days mired with fantastic tastes and culinary experiences, starting off boldly with a visit to the new Taco Ocho located in Richardson.  Although we do not normally discuss fast food restaurants on craveDFW (remember how nearly silent we stood with the recent In-N-Out brouhaha?), Taco Ocho is a new generation taqueria that lifts itself deftly above the rest. Ocho offers a unique perspective on the entire taco genre and although quick to serve, hardly qualifies as fast food.

Do not get us wrong, we love and appreciate the more authentic and rustic charms offered by such local luminaries as Tacos El Guero on Bryan and El Si Hay in Oak Cliff, but the new Ocho is an unusual springboard into the elevated street food ménage that leaves poseurs such as Fuzzy’s Tacos standing on the side of the road with their suitcases dropped and a cloud of dust blowing up their skirts. 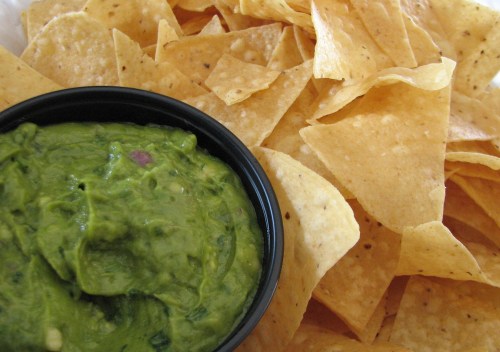 So what exactly makes a good taco great?  Without exception it must include a well constructed tortilla, extremely fresh ingredients with attention to small details such as house-made salsas and a spice level that invigorates the soul and leaves a tear of culinary joy spreading across your cheek with a fever that cries out for another bite.

The catch phrase at Taco Ocho is simple and involves the Big Three T menu items: tacos, tortas and tostadas.  The latter are all vegetarian, but satisfy well.  As for the tacos, they are plump and brimming with succulent meats, crisp greens and interesting sauces.

The tortas are encased with a fluffy grilled bolillo and served with a side of bagged plantain or yucca chips. The meats are generous and balanced with spice and a juiciness often overlooked in such sandwiches.

We heartily endorse your first visit to Taco Ocho.

Here are several examples we chose this weekend: 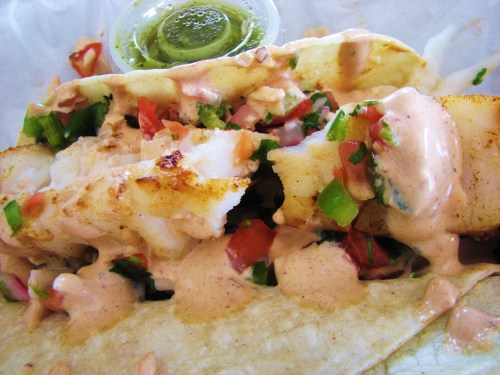 Ocho offers a fish taco that you can actually see and taste the fish. The Cabo Fish taco is grilled or fried and succeeds with its meaty white Atlantic cod, delicately caramelized exterior and its steamy flaky interior. The sauce is mind blowing.

The Beef Colorado taco is power-packed with shredded beef that has been slow braised in anchos and the Vienna-style amber Mexican beer, Victroria, for a punchy flavor that bites back but is slightly tamed by the added jicama slaw.

We probably wouldn’t have ordered another seafood taco, but as we waited we saw the Ancho Garlic Shrimp taco passing by and had to order a few of these.  The shrimp were largish and plump and also available beer battered or grilled with a layer of the jicama slaw and a creamy chipolte sauce. 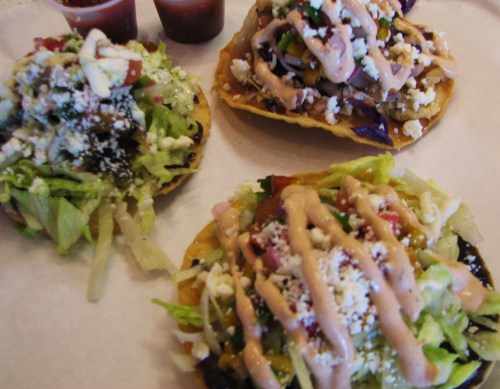 Tostadas are made with vegetarian ingredients, but equalliy imaginitive. Plenty of creamy black beans, spicy sauces and queso fresco.  The Sonoran includes cactus and a lime cilantro vinaigrette along with other requisite veggies, and the Espana is steeped up in imagination with shredded spinach, garbanzo beans, quseo fresco and an orange dressing.

7 responses to “A First Look at Taco Ocho”