A Fish and Two Goats, Or Why Strangeways is Aptly Named

Last night I was out with a friend for dinner and we decided on Tei-Tei Robata Bar for a little relaxed sushi and sake action. Dinner was sparkling and we even happened to see former Tei-Tei owner and current Tei-An chef-owner Teiich sitting alone at the corner of the bar perusing the menu.

After a few rounds of sushi we thought to have a cocktail and happened into Strangeways, the new brew hall on Fitzhugh very near the new Herrera’s and Red Fork. The new bar is owned by Eric and Erica Sanchez and it is their foray into the hospitality business. The bar is festooned with interesting Mexican artifacts and loaded with plenty of  beers on tap and over 100 bottled. A great selection.

Upon entering the new bar we were happy to see the place was half filled with familiar faces. We were immediately told by the familiars not to order a cocktail, and I wondered why since the bar had originally touted that they would be serving pre-Prohibition style cocktails, which takes a cool hand of experience to pull off. 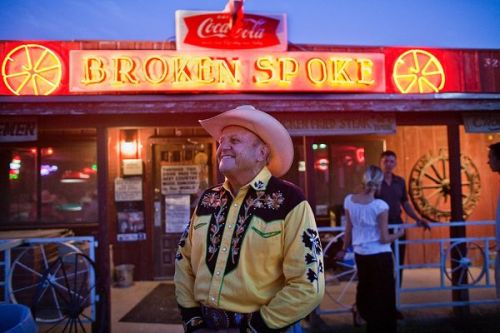 We were told by the  friends at the bar this was not the case, and I was asked to sample a simple vodka and soda that had to be ordered three times. It was not right with all three attempts.

In fact, on the third attempt Sanchez met the woman that ordered the drink face-to-face, nearly touching noses, and said if it wasn’t right the first two time why did she f***ing think it would be right the third time.

It was then I foolishly decided to take a photo of the interior and was met with similar rudeness, but in all fairness the bar belongs to Sanchez. If he does not want photographs, I get that, and quickly deleted the photo since he threatened to call the police if I didn’t. I assured Sanchez no profanity was needed.

The few additional minutes we spent in the bar went equally odd, and without going into great detail we figured out why the name of the bar was called Strangeways. There are at least twenty of us that won’t be back for sure. If you are a psych major, you may wish to study further. 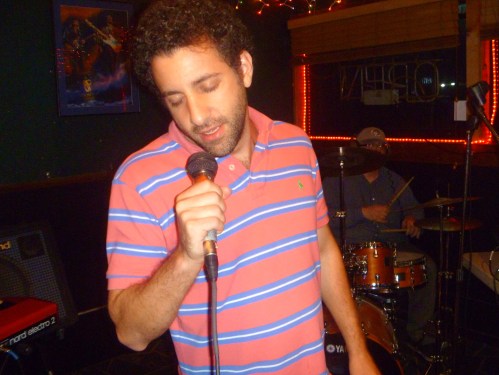 Still wanting a cocktail the group decided to jaunt over to The Goat, the East Dallas dive that features incredible karaoke with a live keyboard and drum-set each Sunday.

Here the night took an upswing and we heard the song styling’s of Dallas luminaries belting out tunes from Sinatra to the Beatles. The drinks were friendly as the crowd that bonded to the magic of song.

We all promised to make Sunday’s special and visit our favorite barnyard animal and beer hall again, The Goat.

16 responses to “A Fish and Two Goats, Or Why Strangeways is Aptly Named”