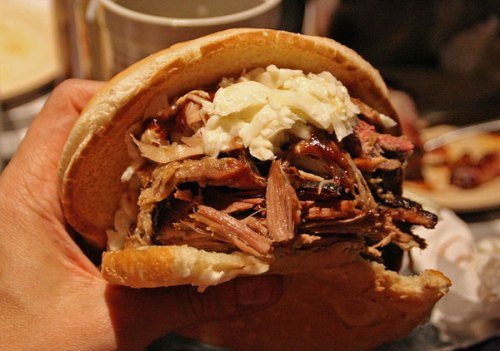 When we caught wind that Kenny Bowers was traveling to the  BBQ Cook-Off in Memphis we clamored to have him send us the details.  Kenny, who is the chef-owner of Kenny’s Woodfire Grill, Kenny’s Italian and Kenny’s Burger Joint did one step better and penned a fun look at his week of competition and BBQ.

As a kid growing up in Boston, when someone said BBQ we thought hamburgers and hot dogs on the grill; Texas was my BBQ culture shock.

The southern culture thrives off BBQ and Memphis is a big driving force in how to do it right.  Every year, a month long festival takes over Memphis, TN.  The appropriately named, Memphis in May consists of four main events:

My business partners and I could not wait to sample some good Memphis style pork BBQ.  The big difference between Memphis and Texas BBQ is that Texas BBQ revolves around beef, beef brisket and sauces while Memphis is all about the whole hog, pork ribs and dry rubs.

We arrived in town on Thursday and hit the festival.  The streets of Memphis were alive and crazy both Thursday and Friday night- people running around, slamming drinks, living it up… Then Saturday, the judging takes place and silence sweeps the festival.  The booths are spotless, all the pit masters have their game faces on, and everyone wants to be the next champion.  Barbecue teams come from almost every state and from several countries, and this year’s champ was Yazoo’s Delta Q, a team actually based in Memphis! 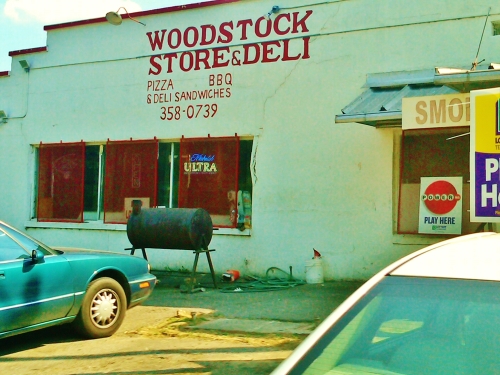 It was this day that we had the best BBQ in Tennessee, and it wasn’t at the festival.  We were at a place called Pig on Beale and I asked the bartender, Dennis, what his recommendations on local BBQ were. He directed us to his uncle Sylvester’s place, about 30 minutes away in a town called Millington.  Dennis told us “Uncle Sylvester only cooks ribs on Saturdays and today is your lucky day.”  We all smiled at each other and bolted for the car. 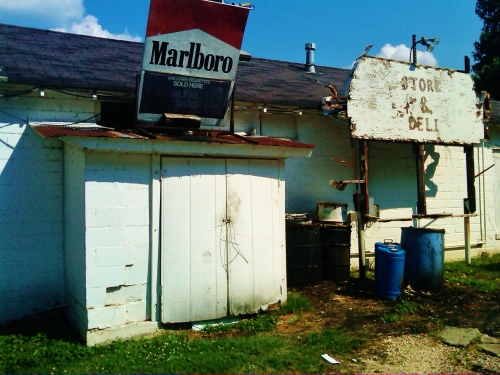 We pulled up to what was literally a shack on the side of the road with a smoker out front and a sign that read “Woodstock Store and Deli”.  We took a seat, ordered some ribs, and were handed a fly swatter.

Dennis was right though, Uncle Sylvester made the best ribs in Memphis.  They were full on pork spare ribs with a dry rub and they would have won the BBQ contest hands down if they entered.  As much as I enjoyed Uncle Sylvester’s spare ribs and Memphis BBQ in general, I still love a good Texas brisket and some classic sauce.

Tagged as 2012, Kenny Bowers, Memphis, Memphis in May, World Championship BBQ Cook Off