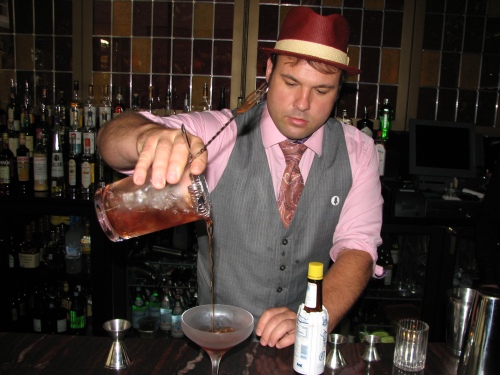 We announced this a few months ago, and today we get the official word on the new restaurant and bar from the guys at Cedars Social. There will be a celebratory party this weekend.

Brian Williams and Michael Martensen, co-owners of The Cedars Social, announce their new restaurant/bar endeavor, The Establishment.  Located at 4513 Travis Street in the Knox/Henderson area, The Establishment will be a bar-centric take on the classic oyster bar.  In addition to the ambitious beverage program, a market-driven menu featuring the highest quality ingredients from local purveyors, will offer an ever-changing selection of small plates, house-made charcuterie and a 9’ oyster bar with daily selections of more than 15 different types of East and West Coast oysters, is planned for this new neighborhood canteen.

The Establishment has a targeted opening date of early December 2012. In the meantime, Williams and Martensen are hosting an Oyster Fest this Sunday, October 28th to celebrate.  From 2:00 p.m. – 6:00 p.m., in the parking lot next to the soon-to-open restaurant/bar, tents will be erected where $1 oysters, $5 Palm Beer, $5 Aylesbury Duck Vodka Oyster Shooters and $10 Etoile Sparkling Wine will be served, with JT Donaldson scheduled to DJ the event.

3 responses to “The Estabishment Opens Dec 2012”