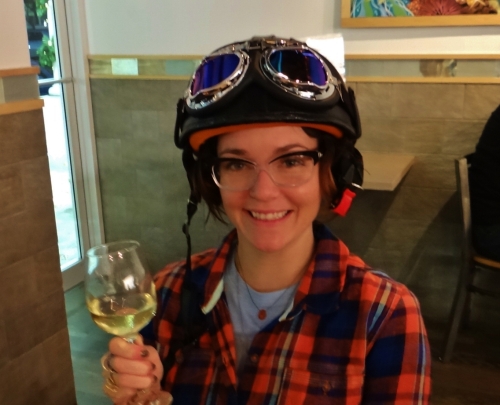 You may very well know Ali Morgan the cheese maven over at Scardello Artisan Cheese on Oak Lawn in Dallas. She is the local cheerleader for all things cheese. She shouldn’t be a stranger to long tie craveDFW readers; we have featured her cheese antics on several occasions here, and even followed her when she went in for a tat. One of Ali’s missions at Scardello is to peddle cheese wholesale to local restaurants, that is why you will often find an Ali cheese board listed on menus in Dallas. She can also be found doing double duty at beer or wine dinners where she pairs up her cheese.

To say Ali has an offbeat sense of humor might be an understatement, but she has this amazing passion for things she enjoys most. One of those things is a good craft beer. Ali is so passionate about beer that she plans to marry one December 30, 2012 and you are invited to witness the ceremony at Peticolas Brewing Company for a mere $30, which includes four hours of beer, a special commemorative wedding pint glass and the open keg reception where you can taste Velvet Hammer, the groom.

We cannot do the marriage justice by simply writing the story, you must experience first hand this fun exclusive Q&A we had with Ali this past weekend.

Ali, you are marrying a beer.

That’s right. December 30th I getting married to a beer. He is a very lucky beer. We’re having the ceremony and reception at Peticolas brewery [where the groom was born]. It’s going to be a full on wedding with bridesmaid, groomsmen and cake. Stephanie Roethlisberger [manager of the Bottle Shop] will be my maid of honor and help plan the wedding. I am happy to be married to a beer for the rest of my life, I am alright with that.

Hop Trapp [another beer from Lakewood Brewing Company who apparently is in a relationship with the maid of honor] will be the best man. 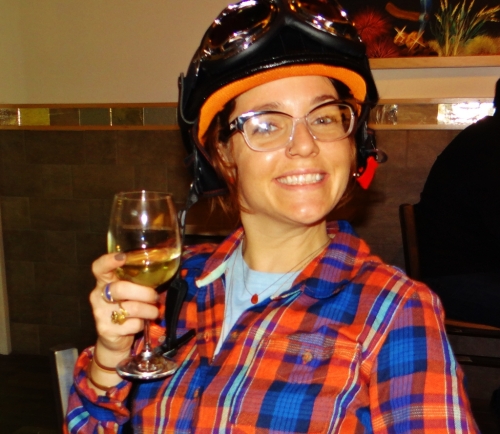 What if a better beer comes along?

Here’s the deal, people say that there are plenty of beers out there, and I like a lot of them. But I fell in love with Velvet Hammer the day I laid eyes on him. You ask Michael Peticolas, I was a pre day one fan of Velvet Hammer. I met velvet hammer at the Brew Riot two years earlier. It’s been a lengthy courtship.

I am pretty sure the Velvet Hammer might make more money than me, he is such a good beer. I just sell cheese and that doesn’t make much money when you eat it all.

Tell us some details about the wedding.

We are getting velvet ties made for the groomsmen, and I really don’t know what the bridesmaids will be wearing but I will have a velvet dress.

I will have a hops and barley bouquet and a garter

Will you be taking his name?

I will officially be known as Ali Kay Hammer. 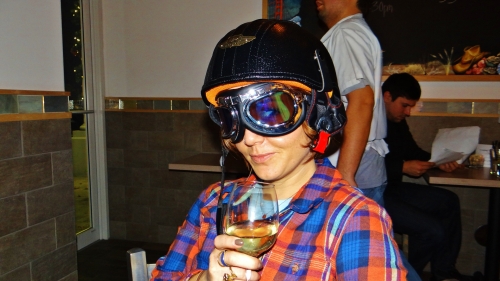 Why Velvet Hammer and not one of the many beers at Deep Ellum Brewery?

I love the guys at Deep Ellum and will support them forever, but I would not marry one of those beers because they get around too much.  There is not a beer there I would even date. But I will always love those guys and their beer.

Would you get frisky with one of the Deep Ellum beers?

Now that is a different story. I might get frisky with one of the beers at Deep Ellum if there was cheese involved. Most likely the Rocktoberfest, I really like that beer.

We understand you are Miss January at Hypnotic Donuts and will be creating something very special to be sold the entire month at the East Dallas donut shop.

I am. I think it is fantastic that they are including different people in the community each month to create a new donut, but what I want to do is highlight even more people. So not only will I add cheese, but I want to bring in as many other collaborators as I can.

Rather than do a donut I want to manipulate one of their chicken biscuits. I am going to make a beer chicken biscuit using my fiancé Velvet Hammer. I am going to ask Randall Copeland at Ava to make me some special bacon. That man can make some great bacon. I want Gruyere cheese in the biscuit. Next week I will begin experimenting with the biscuit and see what I can come up with. It’s going to be awesome. 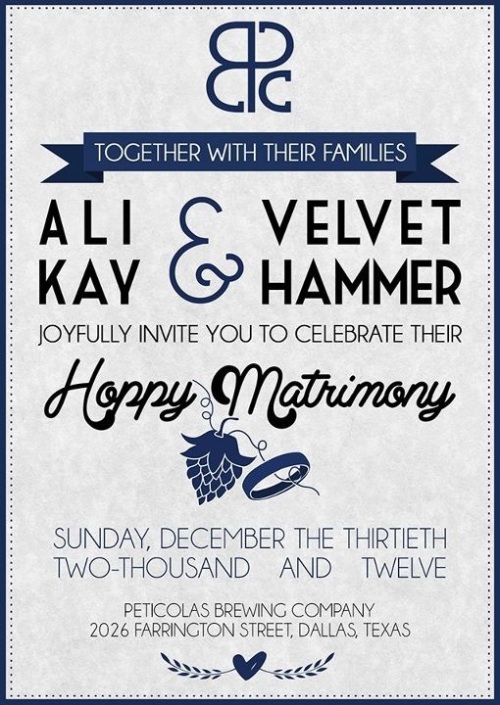 We will have more details of the wedding and where you can purchase your ticket as soon as they become available.