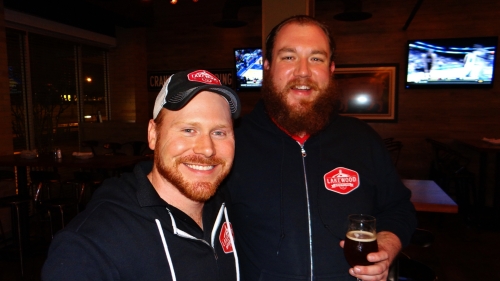 2012 was a fantastic year for the Dallas craft brew scene. So many up and coming brewers took to the streets replacing taps across North Texas and beyond. Now I know the electric thrill that must have been buzzing during the great space race to see which country might land on the moon. In the beer world we all end up being winners.

This week Lakewood Brewing Company shipped their first ration of bottles to area stores and met with great success. We created a buying guide for those wanting to sample a few bottles this weekend. 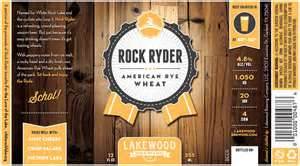 Rock Ryder: This is a wheat beer for the masses. It pours with a white head and has a cloudy straw color. The addition of rye malt gives it a complexity and subtle pepperiness that’s only accentuated by the hops. It’s light and refreshing with just enough bite and flavor to quench a Texas summer sized thirst. You will enjoy this 4.8% ABV beer at $9.99 a six pack.

The Temptress: The Temptress is pitch black, complex and smooth but not as sweet as many milk stouts typically tend to be. Flavors of dark-roast coffee or mocha dominate with plenty of rich, bittersweet cocoa and just a hint of burgundy when it warms. It packs an ABV that hovers around 9% from batch to batch but is missing the harsh, strong bitter hops or alcoholic heat often characteristic of an overbearing Imperial Stout. However, therein lies the strength of this brew, a product somewhat mild in nature that lends itself to versatility. The strong bitterness of an Imperial Stout can be a limiting factor for applications of the style, as the flavors of brash hops can mask some additional elements or become overly harsh in some cases such as cooking with the beer. Find this one for $10.99 a four pack.

Lakewood Lager: This amber lager starts with a subtle caramel aroma. The coppery hue draws you into its balanced flavor of light malty sweetness and round noble hop bitterness. It finishes dry and clean. Leaving your palate refreshed for another glass.  Food Pairing: Robust Cheeses. Grilled meats. A good burger or plate of nachos. Enjoy a six pack of this 4.6% ABV brew for $9.99 a six.