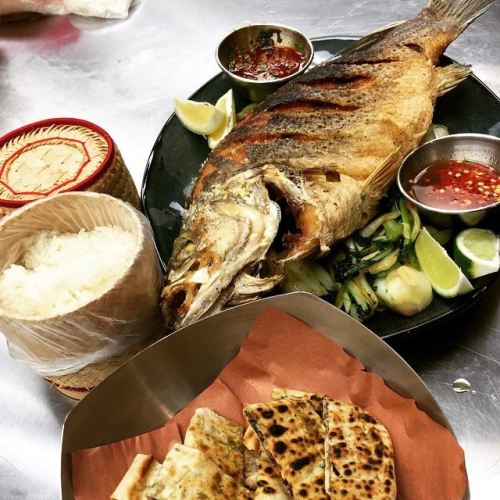 Chef Brian Zenner has been developing the menu at the next bar to open for the Buffalo and Hare group, which will be On Premise opening soon in Deep Ellum at the former Lemongrass location at 2711 Elm. Zenner will take advantage of the woks and offer Asian street food, which is certainly a popular offering this year. Zenner hired his former Oak sous chef, Ann Marie Romero, who also worked with him at the Mansion on Turtle Creek.

The On Premise menu will be hearty and  take advantage of the late night crowds looking for more than just pizza, which is predominantly what is available at midnight in Deep Ellum. A sneak peek at the menu revealed items such as crispy artichokes and red chermoula, mushroom fried rice and duck egg, eggplant and paneer with masala, all which will play up to a heavy vegetarian and vegan crowd. There is also a heavy source of proteins with items such as pork belly and mole verde, quail with jalapeno jelly, chicken wings & cilantro mint chutney, crispy octopus, and a surf and turf with Bearnaise.

This is a preliminary menu, but said to be a good representation of what we might expect. Asian cuisine is also deep within the wheelhouse for chef Romero a she also worked at Pakpao.

On Premise will be opening very soon, and is taking applications at 2711 Elm in Deep Ellum.