TACO LIBRE DALLAS, now in it’s fourth year, is a gathering of the region’s best taquerias served  with a side of a lucha libre wrestling and music. But really, it’s all about the tacos. Twenty four of the area’s best taque will range from traditional to contemporary. Each taqueria will have a $2 taco and there will be plenty of veggie options. TACO LIBRE DALLAS takes place Saturday, April 28 at the Shed at Dallas Farmers Market.   This is a family friendly event.  Taco ‘bout a good time.

Tickets are currently on sale for  $16 at  their website. Ticket prices go up on the day of the event, so for the best pricing options purchase tickets online in advance.

Tickets include event entry for lucha libre matches, music and access to purchase tacos from 24 of the region’s best taquerias. All taquerias will have a $2 taco option, while supplies last. Get there early for the best selection of tacos and prices. Our past events have sold out. We encourage you to buy tickets in advance.

VIP tickets are available for $70.00.  VIP tickets include EARLY ENTRY AT 2PM to get a one hour start on tacos before general admission gates open. VIP tickets also include two (2) complimentary drinks and entry into VIP areas and bathrooms. We have both a VIP wrestling ring VIP area with ringsideaccess and a stage VIP area.  Seating is first come, first served. We encourage you to buy in advance. 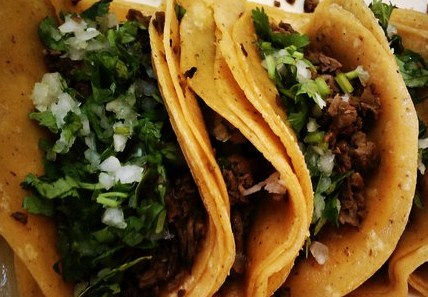