A Peek Down The Grill On The Alley

How The Grill on the Alley escaped us in the past is beyond our comprehension. The restaurant located just outside the Dallas Galleria has quietly been serving up some classic dishes, along with some of the best steaks and seafood that can be found in Dallas for the past 9 years.

The restaurant, which originally hails from Beverly Hills, is a throw- back to more refined times when big dishes were served with expert care. 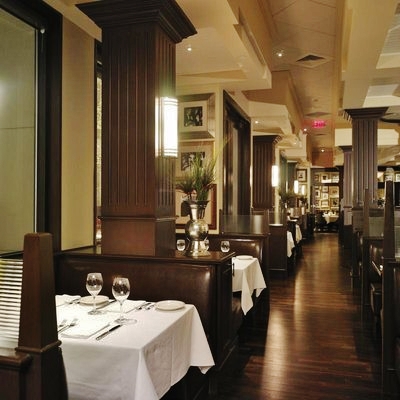 At first glance the restaurant serves typical steakhouse fare, but upon further inspection you will find much, much more including a dazzling cocktail selection.

Start your dinner with a choice of salads that could satisfy an appetite all on their own. Top choices are the chopped wedge salad that is laced with plenty of bleu cheese and fresh crisped bacon chunks or the shrimp and Crab Louie. If you prefer, there is also a fine rendition of lobster bisque. 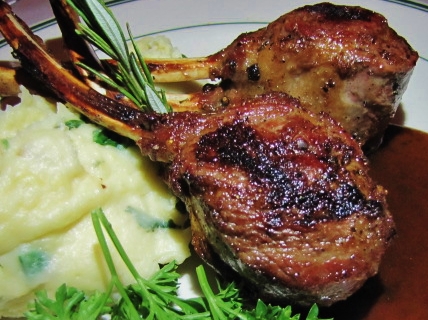 The rosemary Australian double-cut lamb chops served with a veal demi is enough to feed two hungry guests, but that is how most of the dishes are served. Generous portions are de rigueur for this restaurant, so expect to share or carry packages home for the pup (or rather tomorrow’s luncheon).

In a city with few seafood options, the Grill weighs in properly with a few expected dishes and several that will excite, including the Dover sole and the Idaho trout. The scallops are kicked up a few notches with the chef’s touch of an orange fennel beurre blanc sauce. 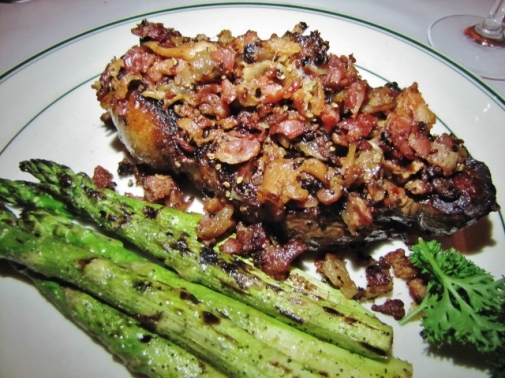 The steaks steal the floor show and each cut is strictly prime and wet aged 28 days. The bone-in filet is a popular choice these days, but the strip truly satisfies and can be ordered with crispy onions, bacon and plenty of cracked black pepper. A choice of sauces including Bordelaise, Roquefort, Bearnaise or Green Peppercorn are available for any cut.

For those wishing to stay away from beef or seafood the Grill is famous for its mammoth chicken pot pie that is far from typical and has an ethereal flaky crust. The dish looks as if it was meant to be served family style, but we have been assured that many a soccer mom has tackled the over-the-top pie.

For a fantastic alternative to the typical Galleria restaurants, check in with chef Winans and have him suggest a way to settle your hunger or something uniquely different.

Tagged as Dallas, Galleria, seafood, Steaks, The Grill On The Alley