On a visit to Nick and Sam’s Steakhouse this past holiday we had the pleasure to meet with manager and sommelier Brian Knoy. Brian is a young buck in the industry, but his passion for service and wines is obvious and shines through in his conversations. Originally from Yuma, Arizona, Knoy happened into the industry as he sought out interesting people as his Marine Corps family hopped around the country.

Knoy is subtle and super likable. He has an effortless charm about him that makes service simple and unpretentious. Let’s visit with Knoy at Nick and Sam’s Steakhouse in Dallas.

My first experience with wine was probably Boones Farm when I was fairly young, but I really got interested in wine when I started this job when I was 25. Being around all this wine and not knowing the ramifications of the different vineyards, the Darioush, and varietals. And really how the different wines matched with foods. So I got started here.

Why Nick and Sam’s in Dallas?

I have always been in restaurants since I was 15. I started our as a busser at Garden City Café in Yuma, Arizona. My dad was stationed there and he was in the Marine Corps for 20 years so we moved around a lot. I think being in restaurants was an easy transition for whatever was going on in my life, But I came to Nick and Sam’s at 25 on a whim. My brother was working here and loved it. So I moved here from San Diego where I was going to school and have worked here now for 7 years. 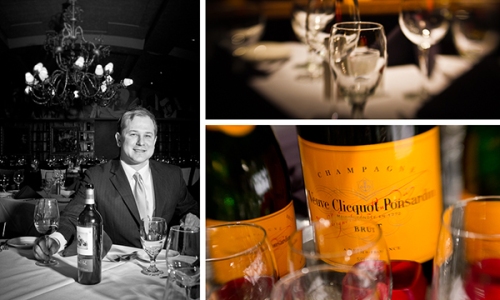 Starting as a server, how did you make the transition into sommelier?

It was March of last year when we had a gentleman by the name of Duane Price who had this position and he left and there was this huge void. Samir [Dhurandhar] and Joe [Palladino] were wanting to hire from within. And I love working with the staff so I thought, OK I want to put my eggs in this basket. So I started going to tables and people were asking about wine. At the time I thought I knew wine, but there were so many other variables and knew I needed more education. I think when any person in a suit approaches a table you want to have that knowledge to back it up.

How do you begin to study for the somm test?

I started studying in a program through the Court of Master Sommeliers and I took a level one and will be taking level two in March. I studied with the Guild of Master Sommeliers, Sotheby’s Wine Encyclopedia, Kevin Zraly ‘s Windows on the World, anything I could get my hands on that talked about wine. And then when I took the course, the guys that were that taught it were so giving with their knowledge. It was at TexSom, and a bunch of the guys were from Texas.

I will most likely be flying to San Francisco to take the test. It is a 75 question multiple choice, you do a theory exam and of course a blind tasting. I am about 80% accurate on the blind tasting. With the blinds you have these deduction methods. You go based on what you can see with the wine and you come up with a conclusion. It’s not nearly as difficult as it sounds.

What are some wines you are liking these days?

I am liking the Cabernet Francs like Kenefick Ranch, especially with me working in a steak house. They have a lot of body and tannin structure. The different fruit I am getting of it is really interesting.

You are going to a barbecue and want to bring a value wine, what do you choose?

As far as a value wine I would say go to Whole Foods or Central Market. They are employing a lot of educational classes so you have a really good team of people that are buying wines at a really good price. I would say that the Chilean Cabernets are going to be your best bet for the value. Also look towards the North Coast cabs like Josh Cellars. In the Chilean Cabs look for Montes. We are actually seeing a lot of California winemakers buying land in Chile. 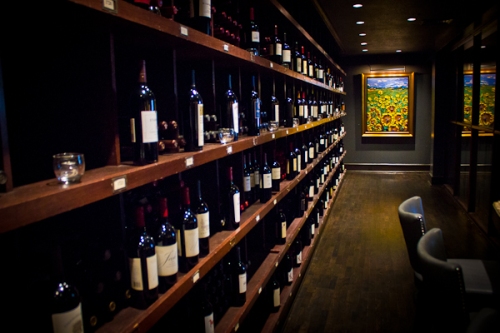 Same barbecue but now it is hosted by your boss and you want that big promotion. What do you choose?

If it was my boss? I would go to California. I’m going cab-centric, probably looking at Darioush. My boss is a huge fan of Darioush. They put a lot of money into their wines as far as production. You can find their cabs on our wine list for about $180. But then he has a wine called Darius II, and with a mark up in restaurants you are looking at $680. So if I am doing that, I am bringing some Darius.

Tell us about the private label Nick and Sam’s wine.

The Nick & Sam’s is actually produced by Bob Egelhoff from Napa valley. I think it pairs well with our steaks and our food in general. It is a super dark cabernet sauvignon. On the nose you get a lot of dark, black fruits. But we are also picking up cedar box, leather, old world style. On the palate you get big jammy fruits with a really nice body of tannins that leaves your mouth puckering a bit when you get done.