We met with Ryan Tedder, the sommelier and general manager for FT33 which opens this Saturday, October 13, 2012. Tedder spent time at Stephan Pyles and more recently at Grace in Fort Worth, and is a good friend of Matt McCallister’s who is the chef-owner of the restaurant FT33. Tedder is an interesting, laid back soul who was recently married and also named the best sommelier in the state of Texas at the TexSom event in August.

Tedder is unpretentious, and loaded with charm and talent. Here is your chance to get to know the man before the restaurant opens. 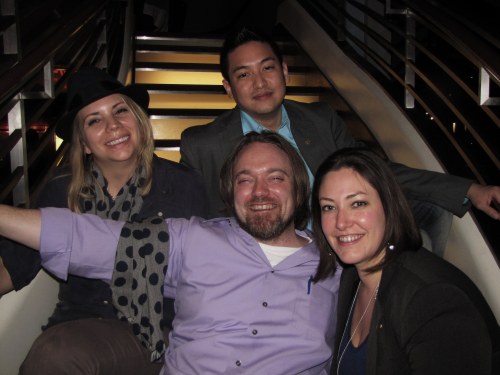 How is the crew doing as you all prepare to open FT33?

I really respect Matt’s work ethic, he is always first one in, last one out. I like how he is always dialed in and nothing is ever done half-assed. It’s like, if you are going to do it, do it right and be proud of it. This has always stood out in him whenever I worked with him at Pyle’s, or one of the many charity events we did together.

You worked with Matt at Pyles, right?

We did. Matt was the sous chef by the time I started working there. I started in 2007 and left in 2008. That is when Tim Byres was running the kitchen. He is now at Smoke. We’ve kept in touch and always thought it would be really cool to do our own thing. We wanted to do things that would only happen in Texas. You know Chicago, New York and San Francisco are all culinary Meccas. It just feels like Dallas needs something.

We like Barley Swine in Austin and Oxheart in Houston. These places are great but really do not have a beverage presence. It’s like going to a museum to see the art. You go to these places because the food is so amazing and just order whatever drinks they have.  At FT33 the food will be dynamic, but the beverages will be amazing as well.

We wanted to create a really comfortable atmosphere. You work 50 or 60 hours a week to go out and enjoy this great evening. If you are like me you don’t want to get all dressed up to spend money somewhere. So the diner is casual, but we offer a really fine dining package.

What is the cocktail program all about?

FT33 has ten specialty cocktails. We have some talented people behind the bar. My problem with some of the mixology stuff is that it takes forever to get a cocktail. That’s not service. We talked about that if the way you do things creates a distance between you and your gusts, then that is not hospitality and doesn’t really belong in what we are doing.

So we want some very easy to understand drinks, as well as some eclectic things. We have a Texas Cosmopolitan, which is spirit based with natural ingredients that would appeal more to the average guest who wants to geek out on it.  We will have a few frou frou drinks that are really easy for people that want something sweet.

So are you bringing in a big personality behind the bar?

We know a lot of big personalities in the bar business, which is cool, but not what we are looking for. I had this big conversation with a master somm from Kentucky who is the foremost authority on whiskey. He has two successful concepts and he brought in these people that know nothing about cocktails and taught them everything they need to know. He taught them about service and doesn’t allow hats or vests, the whole thing. He just concentrates on giving good service.

Part of being a successful sommelier is knowing about beer and cocktails, right?

You do that on every level. The last test I walked in and they had this mobile bar set up and they asked me to make to make a sidecar. You have to immediately go through all the motions of making that drink. There was eight beer questions, you have to blind six clear liquors and tell them what they are.

I feel that is not communicated very well, but if you are a sommelier you are basically a chef of liquids.  If it’s not food and its liquid, you should know about it, from sparkling waters, to sodas and beer, on up.

What level somm are you?

I am level two and I have passed all the parts for my three. When I won the TexSom I got a scholarship to take my advance test. It costs about $2,000 each time you take these tests, so that helps. 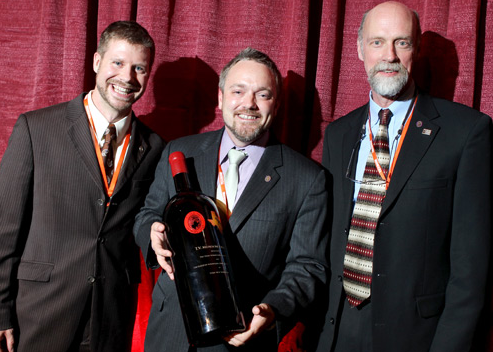 Tell us about the whole TexSom thing.

I have been studying a lot for my advanced and especially on theory, which I did the worst at last time. So I didn’t spend much time on blind tasting. So I killed theory, I killed service and then I got to my blind and scored one out of six wines. I was heartbroken.

So my wife, Jennifer, said I should go to TexSom and compete. She said I already had it all dialed in and it would be good to be out there talking about the restaurant, networking with those people and staying up on my game.  So I started studying and they accepted me to sit for it.

I was already there volunteering because I like to support my friends. That Sunday you show up at 7:45 the day of the competition. There was like 22 or 23 other people, and you have an hour to take this 50 question test which is mostly fill-in-the-blank. It was difficult. Like sub-regions of coffee producers. Really intense. I walked away thinking I did alright, but probably someone did better than me.

I think if I work my ass off and am happy, everything else will take care of itself.

The next part was my blind tasting, and you get four minutes per wine. You have to hit forty descriptor boxes. I had four wines, two white and two reds. I felt I nailed them really well. I wrapped it up just as they called time and I wrote… 2009 vintage. I was finished.

Another part they had us pair a five course dinner and only use wines from Burgundy, and you can’t repeat a style or a grape. There are only so many grapes in Burgundy. I got down to the dessert which was a crème brulee. I was down to a Gamay and a Beaujolais, and I thought that would really work. The Beaujolais has some pretty good acid to cut through the fat and a good fruit component.

We went on to decanting and champagne. Then I went back to volunteering and pouring wine. They started calling up names, but I didn’t think I would win. Then they called Steve Murphy’s name for third place. I know Steve and thought that was pretty cool. Then the guy from Uchiko in Houston won second. We met at an exam in Cincinatti, I love the guy and a good person to chill out with.  Then, they called my name. I was like, no way. So at that point I was done competing and could just enjoy the night.

So you were able to negotiate more salary from FT33, right?

You know, I want to be paid near the top of my field of course, but in the end it is all about what makes me happy every day and to respect the people I work with. I want to have skin in the game and talk up what we do right. I think if I work my ass off and am happy, everything else will take care of itself.