I have been running into a talented gentleman for some time now and have enjoyed his product, Martin’s Biscotti. Biscotti di Prato are those delightful twice baked cookies that make coffee time seem like a thrill ride on a boardwalk. Biscotti are oblong-shaped almond cookies, made dry and crunchy through cutting the loaf of dough while still hot and fresh from baking in the oven. My man Martin Vandiver, along with his beautiful bride Ann Cichon, and daughter Elizabeth run EMA Baking Company who makes these five flavors of biscotti does an incredible job.

The family currently runs five flavors of biscotti including one with saffron and almond, a tart cherry with pistachio and orange zest, chocolate hazelnut with black currant and cocoa nib, curry with coconut and almonds and apricots, and a Oaxacan mole pipián.

Martin started the company after a friend brought back some delicious biscotti from Italy which he hoarded as long as he could, then sought out the recipe and began baking at home under the cottage baking law in Texas which allows for home baking operations under $50,000.  The operation has grown significantly and now bakes in a professional kitchen and sells the product at popular locations across North Texas. 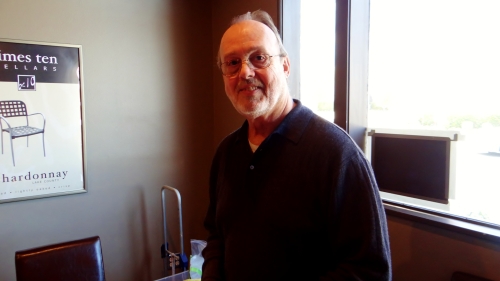 You can find Martin’s Biscotti at many fine stores including Jimmy’s Food Market, Bolsa Mercado, Stanley Korshack, Carbones, Scardello and a number of other locations.

Daughter Elizabeth recently graduated from culinary school and has a starring role at the bakery (she is the E in EMA) and spends many hours in the bakery to ensure the perfect quality you find in the Martin’s product.

You can stop by one of the locations we mentioned to grab a box of the biscotti, or you can go online and order at their website. These make wonderful gifts and come in terrific packaging.

If you know of a local product you would like to see featured on craveDFW, drop me a line at steven@craveDFW.com.