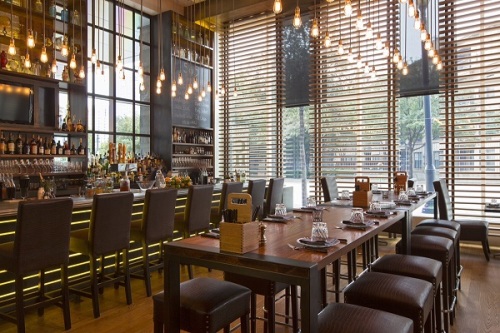 Cook Hall, the gastropub at the W Hotel in Dallas, held their second beer dinner last week. Four Corners Brewing Company was the showcased brewery and I was fortunate to be an invited media guest.

You could almost hand-deliver Four Corners beers to Cook hall. The brewery is at Trinity Groves on the west end of Santiago Calatrava’s glorious bridge over the Trinity River.

The menu below gives the big picture, but the individual food shots do justice to executive chef David Roldan’s creations. 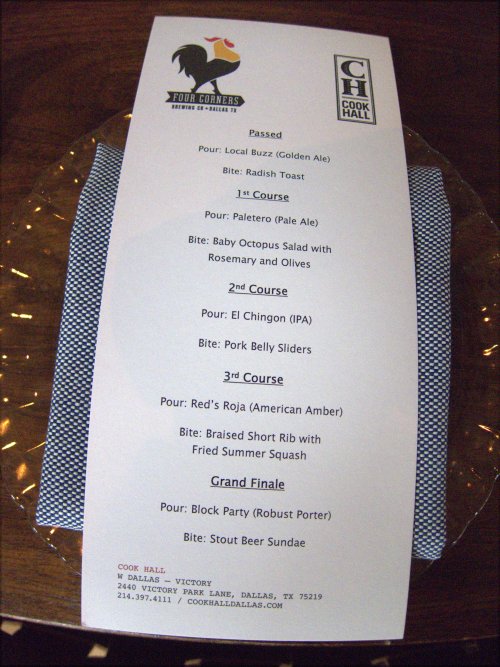 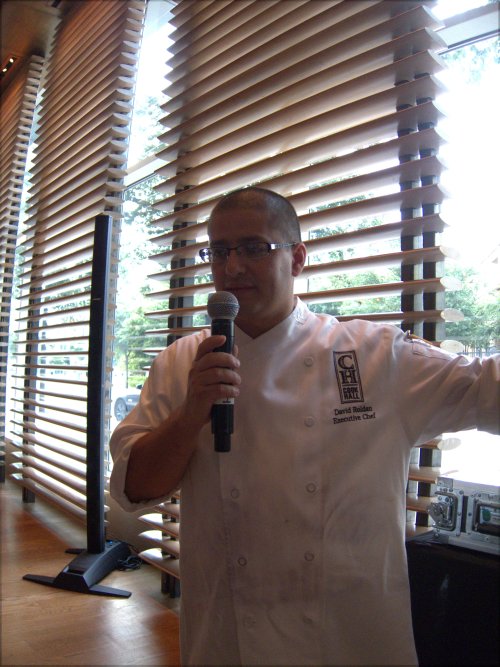 Each Four Corners beer was well suited to its course. Perhaps no longer shall Calatrava’s bridge be described as a bridge to nowhere. Henceforth it is the bridge to Four Corners Brewing Company.