Four Corners Brewing Company celebrated its fifth year of throwing the very tasty festival Dia de los Puercos on October 22nd at its Cedar Dallas location. A fun nod to Dia de los Muerdos, Dia de Los Puercos is loosely translated to ‘day of the dirty pig’ or ‘scoundrel,’ though in this case, it more like ‘day of the very talented chefs and brewing scoundrels.’

Three super-star chefs roasted whole hogs on site for party goers to sample and the chef teams started way before dawn! Each chef had a different technique in roasting their very large puercos pals, and each was absolutely, mouthwatering delicious. The aromas throughout the courtyard were almost edible in and of themselves. END_OF_DOCUMENT_TOKEN_TO_BE_REPLACED 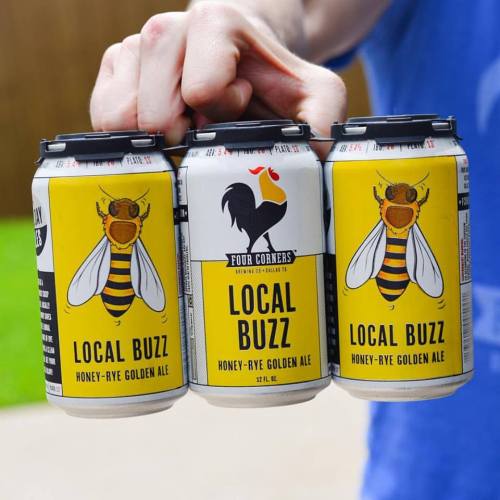 Celebrate with Four Corners Brewery at their new beautiful location off of South Lamar on Saturday night, July 8th from 5pm-9pm. For only $25 per person you can enjoy three 12oz cans of Four Corners local brews, dinner from Trompo (tacos!) prepared on an open flame pit, and a live performance by Straw Hat Society.  END_OF_DOCUMENT_TOKEN_TO_BE_REPLACED

Meat Fight Tickets Will Sell Out at 10:01AM October 4th

Tickets for the 7th Annual Meat Fight go on sale Tuesday, October 4th at 10 a.m. Be sure to set a reminder, as tickets for the meaty charity event sold out last year in under one hour.

Meat Fight is a Texas barbecue competition featuring 16 of Dallas’ best chefs, with 100% of tickets sales benefitting the National MS Society and people living with MS in our area. Last year’s event raised over $150,000.   END_OF_DOCUMENT_TOKEN_TO_BE_REPLACED

Meat Fight 2013 sold out in mere minutes. The is the beefy extravaganza that took place last night at Four Corners Brewing Company and is the brainchild of one Alice and Mike Laussade. You know her as the award winning  columnist for the Dallas Observer. The event raise $50,000 that will be sent to National MS Society for research into that cause. The chefs that participated were strong and broken into competing teams made up of Brian C. Luscher, Jeana Johnson, Jeff Bekavac, Omar Flores, Chad Houser, David Uygur, Jeffery C. Hobbs, Anastacia Quinones, Tiffany Derry, Nathan Tate, Eric Dreyer, Cody Sharp, all hot-shot meat experts from the Dallas area.

I was excited to get a call a mere few moments before the sold out event started from Jon Alexis from TJ’s Seafood Market who invited me to use one of his tickets that opened up suddenly. Alexis supplied the salmon, which was used as a wild card category for the evening.    END_OF_DOCUMENT_TOKEN_TO_BE_REPLACED

Meat Fight is upon us, and it would seem every decent barbecue  Generalísimo will be either working or judging the event. You know you didn’t get a ticket, we didn’t either. It is a fantastic event that started as a small backyard brouhaha to raise a few bucks for National MS Society by the Observer James Beard award winning writer and former Cheap Bastard, Alice Laussade. Last year the event came out of the closet and was opened to the public with rave reviews, including one from craveDFW.

My ticket last year fell onto my lap after a friend could not make the event. I was driving back into town from the Terlingua Chili Cookoff when the offer was made. I floored the gas pedal and made it back in time for the closing credits of the event but was still able to sample a few slices of brisket and a chunk of sausage made by Brian Luscher. I ate the flesh and it was good.

For those who were not fortunate enough to secure a ticket during the three minutes they were for sale, we have a few meat suggestions of our own. Laussade mentioned a few weeks back that if this event was as successful as she hopes (and it is already) that next year will be much larger and more inclusive.  Peruse our meat laden list below, and if you use any of the following ideas to pass the time your luckier friends are at Meat Fight, consider making a donation to the National MS Society. Karma will assist you next year.    END_OF_DOCUMENT_TOKEN_TO_BE_REPLACED

This past week everyone was celebrating Halloween. The parties have actually been blasting for the past three weeks in anticipation. Possibly the best event we attended was Dia de los Puercos, celebrating Four Corners Brewing Company’s first anniversary at their Trinity Groves location in West Dallas. Four Corners are the people who brew such illustrious beers such as the El Chingon, a hefty IPA, and the ever popular Local Buzz, a wheat beer made with local honey.

The event took place on a cool and sunny afternoon with chef Kent Rathbun as host. Any party with Kent will include plenty of smoke pig. He brought his crew out to assemble two homemade smokers made up of cinder blocks and home-made cages consisting of bed frames and wheelbarrow handles. Genius. There a duo of pigs smoked for a dozen hours while the staf started in on ribs and other tasty meats.  Plates were sold to the crowd for just a few dollars, and beer was dispensed at the bar housed inside the brewery.    END_OF_DOCUMENT_TOKEN_TO_BE_REPLACED