craveRADIO Rebroadcast With Matt McCallister, Kate Weiser And So Much More 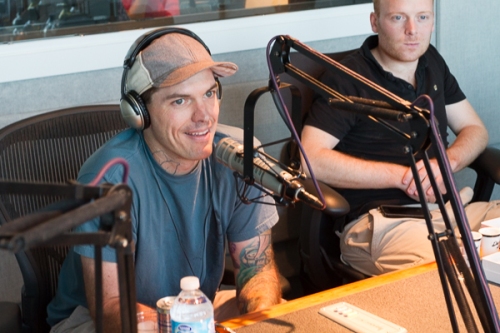 Last Sunday on craveRADIO we hosted a slew of people in studio including Chef Matt McCallister from FT33. Matt was his usually uber cool self and talked up his beginnings as a chef, his cooking style, as well as plans to open his new restaurant. Listen close to learn about the pork tartare he plans for his visiting chef menu.

McCallister also told us how Chefs for Farmers came to be, and what we have in store for us this year at the November 3rd event.

Also on the show we chatted with the very talented pastry chef Kate Weiser who plans on opening her new chocolate shop in Trinity Groves this October. She will have plenty of chocolate along with her very special brand of ice cream.

If this wasn’t show enough we also had on a pair of brand ambassadors, Tullamore Dew Irish whiskey Mossie Power, and from Glenfiddich, David Allardice. The two were awesome guests who entertained us with the differences between scotch and Irish whiskey. You will love the “Toast-Off” we had the gentlemen perform.

As usual we had chef Uno from Trinity Groves who talked up the Final Fork Fight. It is this Thursday, but is sold out. Look for more Uno events before she opens sometime later this year.

If you missed the show do not despair, you may listen to it by clicking the link below. Next week we will have chef Tiffany Derry in studio. You won’t want to miss that!