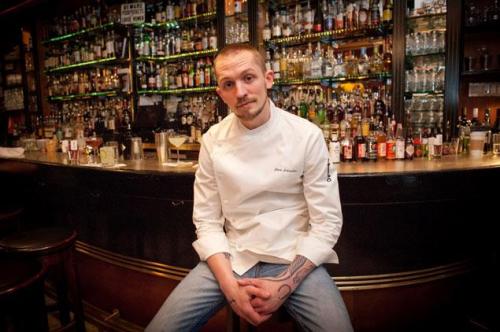 This Monday there will be a special screening of Hey Bartender at the Village Theater at 32 Highland Park Village at 7pm. The film is about a bartender in the era of craft cocktail. After the film meet Jason Kosmas, co-owner of one of the bars featured in the film, Employees Only in New York. Kosmas will speak abut the film and host a Q&A session.  You will also hear from the film’s director, Douglas Tirola and William Grant Portfolio Ambassador, Charlotte Voisey. The evening will finish up with an after party next door at the Village Bar.

Here is the film’s IMDB synopsis:

Two bartenders try to achieve their dreams through bartending. An injured Marine turns his goals to becoming a principal bartender at the best cocktail bar in the world. A young man leaves his white-collar job to buy the corner bar in his hometown years later he struggles to keep afloat. The bar is three deep and the bartenders are in the weeds at the greatest cocktail party since before Prohibition. Hey Bartender is the story of the rebirth of the bartender and the comeback of the cocktail. Featuring the world’s most renowned bartenders and access to the most exclusive bars in New York with commentary from Graydon Carter, Danny Meyer and Amy Sacco.

Buy advance tickets here, it will sell out. Check out the Hey Bartender trailer: