The Quest of the Holy Grail of Beers 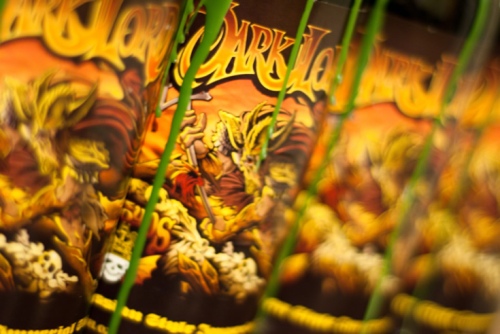 Beer. When you think about the word and connotation behind the word, you might have some predisposed notions of what beer is and can be for most. Whether it’s sitting around the television watching a game, hanging by the pool/patio/deck on a pleasant night or grabbing a quick drink after work with a plate of wings, all of these hold a normal ideal of beer.

Some people take their beer experience to another level by sampling craft beers and learning more about what is out there, you may even read an article or two and get a notion of what you might be missing. For others, there are select beers that have the same daunting task as finding the “Holy Grail” (the Cup, not the bar) that are brewed in very small amounts, very limited areas and are typically cellared by those that can actually find them.

Some of the “Holy Grail” beers that come to mind are; Dark Lord by Three Floyds in Munster IN, Pliny the Younger by Russian River Brewing in Santa Rosa CA, Hunahpu by Cigar City Brewing in Tampa FL, The Abyss by Deschutes Brewery in Bend OR, 120 Minute IPA by Dogfish Head Brewery in Rehoboth Beach DE, Bourbon County Brand Stout by Goose Island Brewing in Chicago IL, and Kate the Great by Portsmouth Brewery in Portsmouth NH. While most of these are local-to-their- area only type beers, The Abyss and Bourbon County Brand did make an appearance in the DFW area during the week of Thanksgiving and 120 Minute IPA does come to town every few months. Surprisingly enough, quantities sell out very quickly leaving those lucky few the ability to try some of these rarities. Another newer “Holy Grail” is Prairie Bomb by Prairie Artisan Ales in Krebs OK. This beer hit some stores this week and samples are going quickly if they haven’t already been snatched up. Stores do try to spread the wealth by granting only one bottle per household rather than a case, twelve, six or even a four pack.

If you are new to the craft beer universe or just dabble in limited quantities, you may find it silly to drive long distances, sit in lines for hours and pay larger than normal amounts for a single bottle of beer but for those of you that are really getting into craft beer or already are, you know the intricacies and enjoyment of finding one of these “Holy Grails”.

If are lucky enough to have procured a bottle or two, the next big question is this- drink it or save it? Maybe for that special day or event or just when you can spring it forth on some friends that are also beer snobs?

The last interesting note of most of these beers is that they are Imperials- IPA’s for Pliny and 120 and Russian Stouts for the rest. Alcohol content will be higher, as much as 14% for Prairie Bomb whereas Pliny is 11%. Flavor varies since most brewers add additional ingredients- chiles, massive amount of hops, vanilla, specialty coffees, certain strains of yeast, different forms of barrels to age in, and cocoa nibs to name just a few. These flavors can be explosive or subtle but very far from boring.

Until next time my dear beer friends, Slàinte!