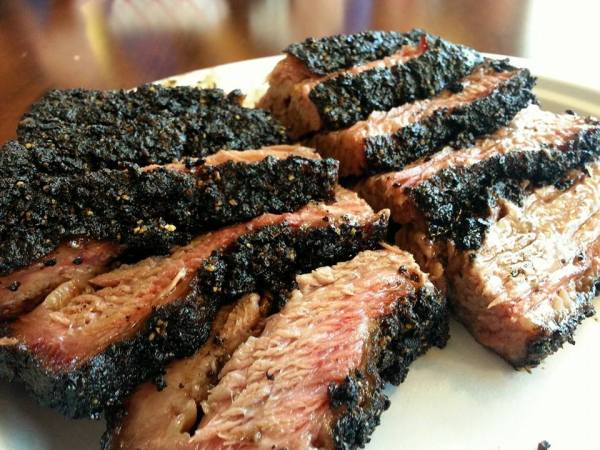 If you like smoked meats and smokin’ tunes, get ready for Smoked Dallas. This is the first of what is promised to be an annual event for Dallas which will feature “deliciously curated music and BBQ festival” and will take place on October 4, 2014 at Main St. Gardens in downtown Dallas, TX.

“More than meats the eye,” Smoked Dallas is “a unique barbeque and music festival,” says event coordinator Tami Thomsen. “It’s meant to take the best of traditional BBQ fests but add a twist, the inclusion of celebrated area chefs and restaurants doing their take on BBQ in the heart of downtown Dallas.”

Smoked’s edible offerings will be prepared by 15 traditional pitmasters and celebrated chefs doing their take on barbeque. Among the participating BBQ joints are Lockhart’s Smokehouse (Dallas,TX,) Black’s Barbecue (Lockhart, TX), Cousin’s Bar-B-Q (Fort Worth, TX), Hutchins BBQ (McKinney, TX), Schmidt Family Barbecue (Bee Cave, TX), and Stanley’s Famous Pit Bar-B-Q (Tyler, TX). If that list reads like a who’s who among Texas barbeque joints, it’s because it is – the above mentioned pitmasters are all ranked barbecue champions.

On the music side, Smoked’s main courses are two top-shelf acts from Austin – singer-songwriter Bob Schneider and blues/funk/soul band Black Joe Lewis. Rounding out the lineup is Houston’s The Tontons and Lost Coyote, fronted by nationally acclaimed chef, Dean Fearing. Sarah Jaffe is also slated to make an appearance.   Select lifestyle booths showcasing the fun, creative and entrepreneurial spirit of Dallas such as Ascot + Hart, PhotoWagon and Hair By Charlie’s Pop Up Barbershop will also be on site rounding out the day’s fun.

Fans may purchase VIP tickets in order to get a one-hour jump on the BBQ tasting, which starts at 1pm. General admission tickets enable fans to attend the tasting and concert from 2-5pm. After 5pm, tickets are for the concert only, with BBQ available to purchase separately. Click here to buy tickets.