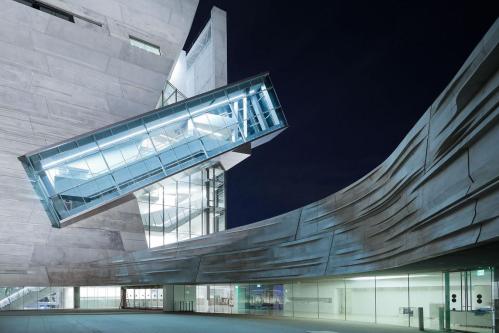 Summer may be heating up, but the Perot Museum of Nature and Science always offers cool relief with two new exhibitions that include amazing animals and a DIY makerspace, an exhilarating 3D film line-up, First Thursday Late Nights, second-Saturday Discovery Days, adults-only Social Sciences, military/first responders and late-afternoon discounts, and more for a surplus of summer fun perfect for all ages.

Amazing Animals: Built to Survive will entice visitors to uncover the marvels of natural engineering inside every living thing. Jaws that can crush over 8,000 pounds in one bite, ears that act as air conditioners, a punch faster than a speeding bullet and legs that can leap the human equivalent of a football field in a single bound await in this interactive experience. Opening to the public June 13, the bilingual traveling exhibition will show how every living thing – including humans – is a machine built to survive, move and discover.

Plus, the DIY makerspace, Build It! Nature, opening to the public June 19, encourages families to tinker, create and uncover their inner engineer by exploring a series of engaging stations inspired by the plants and animals around us.

During Memorial Day weekend (May 22-25), Museumgoers can enjoy daily activities at select times including science demos; experiments dealing with DNA, liquid nitrogen, circuits and more; bookworm reading times; science trivia; and other free-with-admission fun at stations throughout the Museum. In addition, the Museum will stay open until 7 p.m. May 22 – 25.

Extended hours will be available May 26 – Sept. 4, with the Museum open until 6 p.m. daily (additional holiday extended hours highlighted below), giving visitors an extra hour of discovery. As always, Museum members can enjoy exclusive early-access hours every Saturday from 8:30-10 a.m. and Sunday 10 a.m.-noon, as well as member-only access to the Moody Family Children’s Museum on Mondays 10 a.m.-noon.

And those with limited time to explore will love this summer late-afternoon special (from May 26 – Sept. 4) – $10 Museum general admission from 4-6 p.m. Monday – Friday, including the Museum’s First Thursday Late Nights until 9 p.m.

For the scoop on all things summer at the Perot Museum, see the highlights below:

3D FILMS IN THE HOGLUND FOUNDATION THEATER, A NATIONAL GEOGRAPHIC EXPERIENCE. Slip on your 3D glasses and get ready for deep sea discoveries, dinosaurs, meerkats and more. To view trailers and film schedule, go to the Perot website.

And extended by popular demand:

Tagged as Dallas, Museum, Perot Museum of Nature and Science, Summer, What to do in Dallas