An Evening With Kent Rathbun

Last week we were talking about some pop-up dinners, and one in particular was a bit secretive. A group of fifty took the bait and were joined with chef Kent Rathbun at his beautiful home in North Dallas for an evening under the stars. There guests were treated to a meal grilled, smoked and otherwise given the flavorful Rathbun treatment.

An open bar included cocktails made with lush blackberries, and beer was provided by Four Corners Brewery. Guests were kept spirited by a musician who played quite literally everything you could imagine, and so well at that.

Rathbun gathered a full crew of front of the house pros as well as a full staff for the kitchen that buzzed about as guests were allowed to saunter the home and property making for excitement for those wishing to watch their dinner being created, or for the Rathbun-curious who would rather poke around into the garden, chicken coops or gaze at one of three beehives.

Guests whose interest was more artistic were treated to the well curated walls of the Rathbun home, and even spotted the famous chandelier that now graces the entryway. Designed in 1994 by Ingo Maurer this chandelier is made up of broken china. It is named Porca Miseria, literally Italian for ‘dirty miserable pig’ or a slang for ‘what bad luck’. One was commissioned for the blue dining room at Waddesdon Manor by Lord Rothschild. This particular chandelier has more of a culinary history and once hung at the restaurant Voltaire in Dallas. 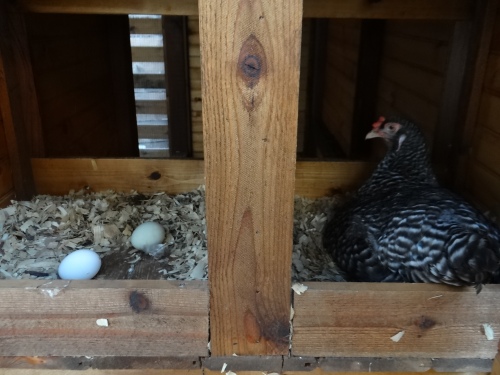 Dinner was served at dusk when the chef called for a gathering at his massive outdoor kitchen where the meal was served family-style, and there was plenty for guests to enjoy from the most incredible corn bread, which was more of a delicious pudding served with freshly churned honey butter, to a slew of grilled vegetables, smoked potato salad, black beans, slices of grilled skirt steak, smoked chicken and ribs, and all the appropriate accouterments.

The meal was later topped off with a fresh blackberry crumble. Several guests speculated if the dessert was actually a crisp, a pandowdy or even a brown Betty. We then agreed they were basically the same dish served with a side of colloquialism.

Eventide cocktails were enjoyed while Rathbun regaled wonderful stories of his home, his stint on Iron Chef and cooking in general. It was soon time to make exit and another bewitching evening came to a close.