Two Special Events At The Grape This Week 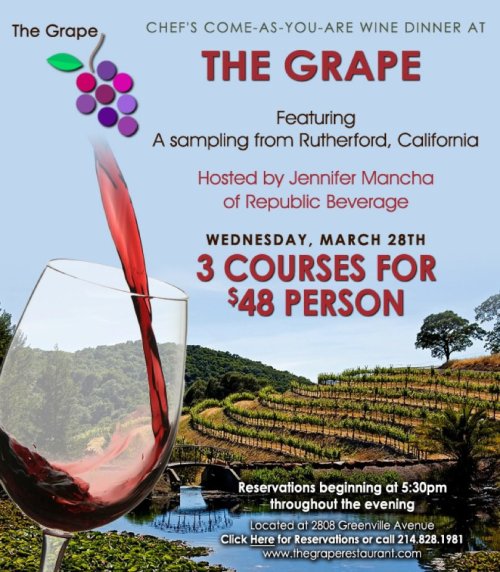 Not one but two wine dinners you might like to check out this week at The Grape, located on Greenville Avenue in Dallas. The first hosts a special guest from  Bouchaine Vineyards in Napa Valley, Mike Richmond on Tuesday, March 27.

A Dallas native, Mike Richmond has over 30 years’ experience in Chardonnay and Pinot Noir production in the Carneros including his founding Acacia Winery. Richmond and the Bouchaine winemaking team have updated both farming and winemaking to bring the wines to a new standard of excellence at the historic winery.     END_OF_DOCUMENT_TOKEN_TO_BE_REPLACED 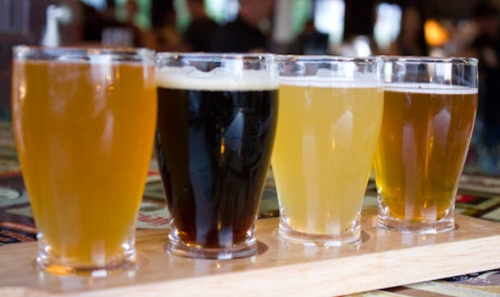 Enjoy the 26th Annual Bluebonnet Brew-Off this weekend, March 23 and 24. This event is a collection of home brewers who participate in judging, discussing and sampling their beers. Although online registration is closed, you can still purchase your tickets at the door of the Westin DFW North, located at W. John Carpenter Freeway, in Irving.   END_OF_DOCUMENT_TOKEN_TO_BE_REPLACED

Win Two Passes To The Dallas Home And Garden Show 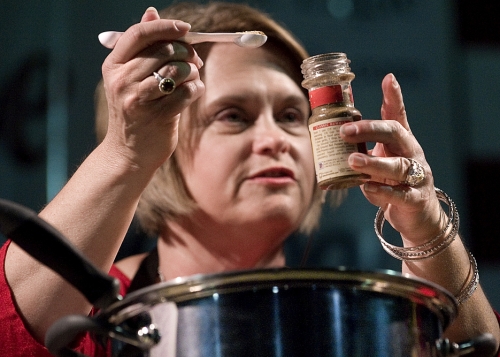 This weekend marks another edition of the Dallas Home and Garden Show. This well attended event takes place at the Dallas Market Hall and this year will feature the Taste of Home Cooking School Show.  During this interactive event, you’ll watch top culinary expert, Jamie Dunn, will demonstrate ten new recipes you can easily recreate in your home.   END_OF_DOCUMENT_TOKEN_TO_BE_REPLACED

There are a few specials you may want to check out. The first one is from Café Brazil where if you print this story and bring it in to any one of their eleven locations you will get the special of the day absolutely free.  They do ask they you purchase a drink, and we all know their selection of coffees are incredible. Go to their website for more details.

The Café Brazil special is in celebration of Leap Year, which is tomorrow February 29, 2012. I am not sure what the special is going to be, but if it is their spicy spinach crepes you are in for a treat.  END_OF_DOCUMENT_TOKEN_TO_BE_REPLACED 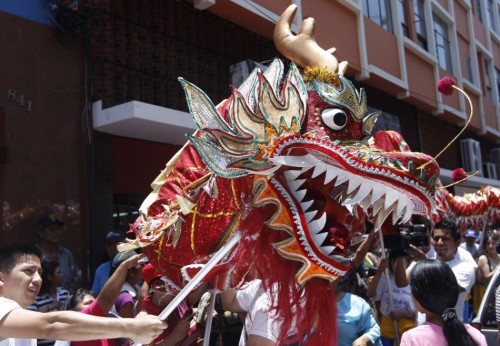 The Chinese New Year is the most celebrated holiday on the Chinese calendar. Legend has it that in ancient times, Buddha asked all the animals to meet him on Chinese New Year. Twelve came, and Buddha named a year after each one. He announced that the people born in each animal’s year would have some of that animal’s personality. Those born in dragon years are innovative, brave, and passionate. Salvador Dali and John Lennon were born in the year of the dragon.

At Chinese New Year celebrations families wear red clothes, decorate poems on red paper, and give children “lucky money” in red envelopes. Red symbolizes fire, which according to legend can drive away bad luck. The fireworks that shower the festivities are rooted in a similar ancient custom. Long ago, people in China lit bamboo stalks, believing that the crackling flames would frighten evil spirits.        END_OF_DOCUMENT_TOKEN_TO_BE_REPLACED